The Pontiac Sunfire is a lower mid-size model from the automobile manufacturer Pontiac, which replaced the Sunbird from the beginning of 1995.

The design was fundamentally revised. It shared the new look with the Chevrolet Cavalier, which, however, kept its name. At that time, General Motors was modifying the J platform to meet current safety requirements.

The Sunfire was available as a sedan, coupe or convertible. The model was available in a standard and a GT trim. The GT package was only intended for the two-door version and included a sporty front bumper, fog lights, a twin exhaust pipe, 16-inch aluminum wheels and a more powerful engine. Only the coupe was available in the United States from 2003 to 2005. The sedan continued to be sold in Canada and Mexico until the end of the production period.

The Sunfire was built in Lordstown, Ohio until 2004 (before production switched to Chevrolet Cobalt and Pontiac Pursuit/G5), and in Ramos Arizpe, Mexico. The convertible models were manufactured in Lansing, Michigan. In 2004, over 36,000 Sunfires were sold in the United States and an additional 33,724 in Canada, each priced at approximately US$11,500.

In mid-2006, GM replaced the Sunfire with the G5. However, from the end of 2004 the Chevrolet Cobalt was offered under the name Pontiac G4 in Mexico and as a Pursuit in Canada, the latter being basically a G5 Pursuit model. 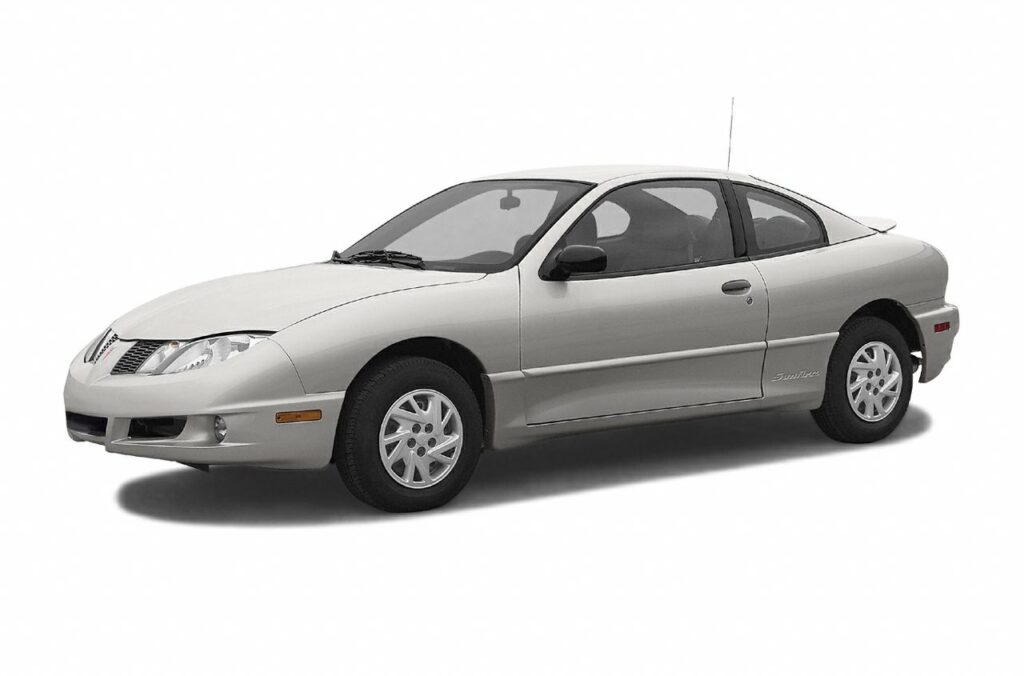