Manuals for the repair, maintenance and operation of Chevrolet Cavalier cars with gasoline engines 2.2, 2.3 and 2.4 liters from 1983 to 2005.

In this Chevrolet Cavalier Workshop Manual:

The purpose of these Chevrolet Cavalier Owner’s Manuals is to assist the owner in using the vehicle to its full potential. First of all, you will be able to understand which of the parts of the car requires maintenance or repair, as well as assess the possibility of doing this on your own.

This Chevrolet Cavalier Service Manual also provides a complete list of periodic maintenance procedures. The most common malfunctions and methods of their detection and elimination are also given. We hope that you will be able to solve many of the problems that arise on your own. Some procedures take so little time that it is easier to do it yourself than to sign up at a service station, drive the car there, and then pick it up. This will save you not only your time, but also money.

This manual provides detailed illustrated descriptions of the various components and mechanisms of the Chevrolet Cavalier. All maintenance and repair procedures are described step by step and illustrated.

These manuals are intended for owners of Chevrolet Cavalier vehicles, service stations and repair shops.

Chevrolet Cavalier is a middle-class car manufactured from 1981 to 2005 by General Motors’ Chevrolet Company. Built on the J. Chevrolet Cavalier platform, it was in demand in the United States during its production, where it sold more than 5.4 million cars.

The Cavalier first went on sale in early 1981 as a 1982 front-wheel drive model. There were a choice of 2 four-cylinder lower-cylinder engines and body: 2- and 4-door sedan, hatchback and station wagon.

In 1983, the Cavalier was equipped with fuel injection, and in 1985 a V6 engine appeared, which is unusual for a compact car. 1985 also brought some minor changes to the appearance.

The Cavalier was largely identical to the Pontiac Sunbird. Prior to the official introduction of the Pontiac brand in Mexico in 1992, the Cavalier sold there was fitted with Sunbird body panels, unlike the Cavalier made in the USA. Since 1993, both brands have been offered, as in the United States.

In 1988, the Cavalier was upgraded and received a fresh design and modified engines. The 2-door sedan and hatchback were taken out of service and replaced by a coupe, while the production of other body types continued. The exterior and interior were renovated in 1991.

In 1995, the Cavalier received a new aerodynamic dynamic design in the style of the fourth-generation Chevrolet Camaro. There was a choice of coupe, sedan and convertible versions. Universal in this generation was not held. The appearance was updated twice: in 2000 and 2003.

In Japan, the third generation was sold under the Toyota Cavalier brand. 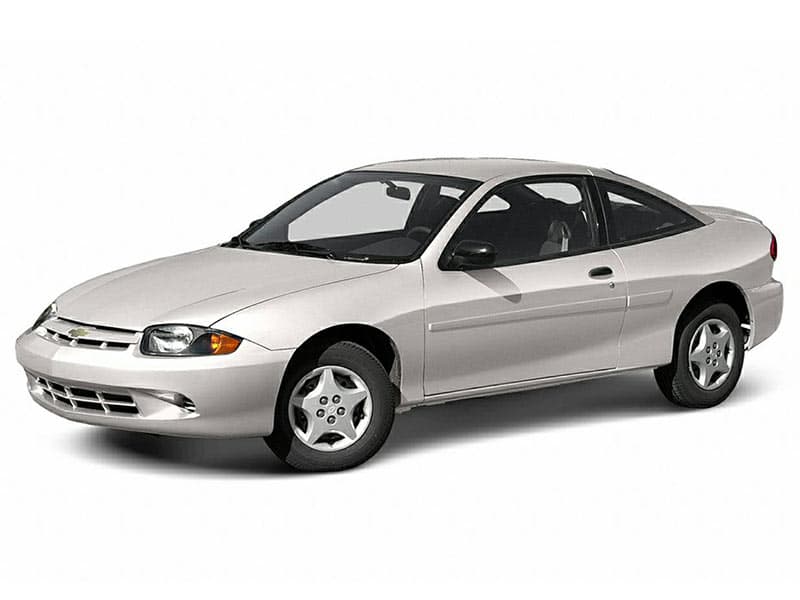