Pontiac G6 – a medium-sized car, which was manufactured under the brand Pontiac American carmaker General Motors. It was introduced in the fall of 2004 instead of the Pontiac Grand Am. The car was built on the GM Epsilon platform, which he shared with Chevrolet Malibu, Opel Vectra and Saab 9-3 along with other General Motors cars. The design was redesigned more conservatively, and the ribbed shell and rear spoiler, which was distributed on the Grand Am, was replaced by standard sheet metal. Features of the G6 include features such as remote system start (standard on the GT, optional on the base model) as well as a panoramic sunroof.

When the G6 was introduced in 2005, it had two levels of handling, the V6 base and the sporty GT. Both bars, however, used a 3.5-litre V6 pusher to produce 200 hp. (150 kW) and (300 N · m) of torque. Matching with a four-speed automatic transmission, the GT features TAPshift, where the driver can select a gear manually. The base models were well equipped, featuring a central locking system, power windows, keyless mirrors, with six-CD stereo speakers, power seat drivers, air conditioning and rear seats. The GTs added a Monsoon stereo with eight speakers, remote start, ABS and traction control.

In 2006, the G6 added two new trim levels and two new body shapes, a coupe and a retractable rigid convertible top. Coupes and convertibles were available in GT and GTP versions. The new model used an engine with a capacity of 167 hp and 2.4 litres DOHC I4, paired with a four-speed automatic transmission. The 3.5-litre V6 engine is now part of the Sport-based / SE-based package and has remained standard on the GT. The new GTP uses a 3.9-litre engine, the GT’s version has a 3.5-litre V6 engine but also uses VVT changes to increase production to 240 hp. The GTP convertible was not available with a manual transmission and reducing its power to 227 hp was due to a stricter exhaust system. GTP also displays stability controls not available on other G6 models.

The 3.9-litre V6 GT engine became an option, producing 227 hp. in an automatic transmission and 240 hp in a manual transmission. GTP received a new 3.6-liter DOHC V6 engine with 24 valves and VVT, producing 252 hp. It is mated to a six-speed automatic transmission. In the middle of the model year with six speeds and a 3.9-litre engine, along with its 240 hp. production was discontinued. Production of the GTP convertible was also discontinued. In 2008, the GTP became the GXP with a more dramatic design, and the 3.9-litre engine became an exclusive convertible option, with 222 hp.

A sports package was added to the 4-cylinder sedan, which added a six-speed GXP automatic transmission. In the middle of the model year, the G6 received a facelift, with revised front and rear panels, and a modified interior. This year, for the first time, the presence of four-cylinder engines on the coupe was noted.

The final 100 G6 were assembled on November 25, 2009, as part of a fleet order, they were the last cars of the Pontiac G6 assembly in the United States. 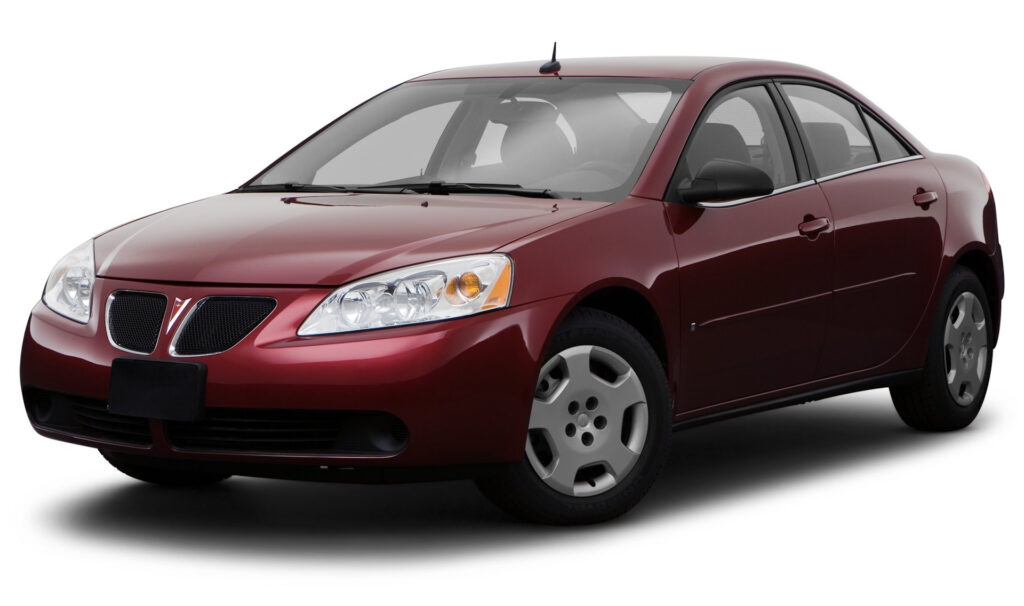