This expressive, modern car, although it belongs to the budget class, has everything a driver can ask of it. He is not only good-looking, but also very reliable, has a wide range of technical capabilities, unpretentious in management and at the same time has an attractive cost. In short, the Chevrolet Cobalt can be considered the best option for a new acquisition – it is suitable for any trip, economical and comfortable in all respects.

Cars require attention – this is an immutable law, because the safety on the road, as well as the safety of the driver’s money and time, depend on how well the car owner is familiar with his four-wheeled assistant and whether he is ready to properly handle the equipment – to use, maintain and repair. The Chevrolet Cobalt repair manual will tell the user everything about the cars of the specified model since 2011, which are equipped with B15D2 petrol engines (1.5 liters) with a capacity of 105 horsepower.

From the Chevrolet Cobalt service manuals, the user will learn how to act in case of various unexpected circumstances with the machine, what safety rules must be followed when handling the Chevrolet Cobalt, and also get acquainted with a detailed overview of the design of these machines.

A thorough operating manual for Chevrolet Cobalt will not allow you to make any serious mistakes while driving. The maintenance of this car is presented in one of the chapters of the book with all the details – regular and periodic checks are given step by step, it tells how to make the necessary adjustments and replacements, and a list of consumables required as part of maintenance is indicated.

In order for a master or a motorist with some experience to be able to work with electrical equipment without problems, for example, not only repair and adjust it, but also connect new equipment, the manuals contain all the Chevrolet Cobalt wiring diagrams with the necessary explanations.

Chevrolet Cobalt is the name of two unrelated series of Chevrolet cars.

Initially, the American compact car was introduced under this index, introduced in the 2004 and 2005 model years, replacing the Cavalier and Prizm models. Cobalt was also sold as a Pontiac G4 / G5 / Pursuit.

Cobalt was produced with coupe and sedan bodies and was based on the GM Delta platform, along with cars such as the Chevrolet HHR, Pontiac G5, Astra (Opel Astra, Vauxhall, Holden and Saturn), and Opel Zafira (seven-seater minivan). All Cobalt were manufactured at GM’s plant in Lordstown, Ohio. According to the classification of the United States Environmental Protection Agency (The United States Environmental Protection Agency), Cobalt belonged to the subcompact car.

In 2009, Chevrolet developed a replacement for the Cobalt Chevrolet Cruze (based on the Delta II platform). In the same year it began to be sold in Europe, and since 2010 – in the United States. Cobalt production ceased in June 2010.

In 2011, the name Cobalt was revived, but for a completely different budget car, developed by the Brazilian division of GM on the basis of the GM Gamma platform and which in its size is located between the Cruze and Aveo models. In 2012, Cobalt production of the second series also started in Uzbekistan for the domestic market. In August 2012, the car was presented at the Moscow Motor Show, and since 2013 sales are planned in Russia. The first cars will be imported from Brazil, then it is planned to begin assembly for the Russian market in Russia or Uzbekistan. The new Cobalt is positioned as a competitor to Dacia Logan. 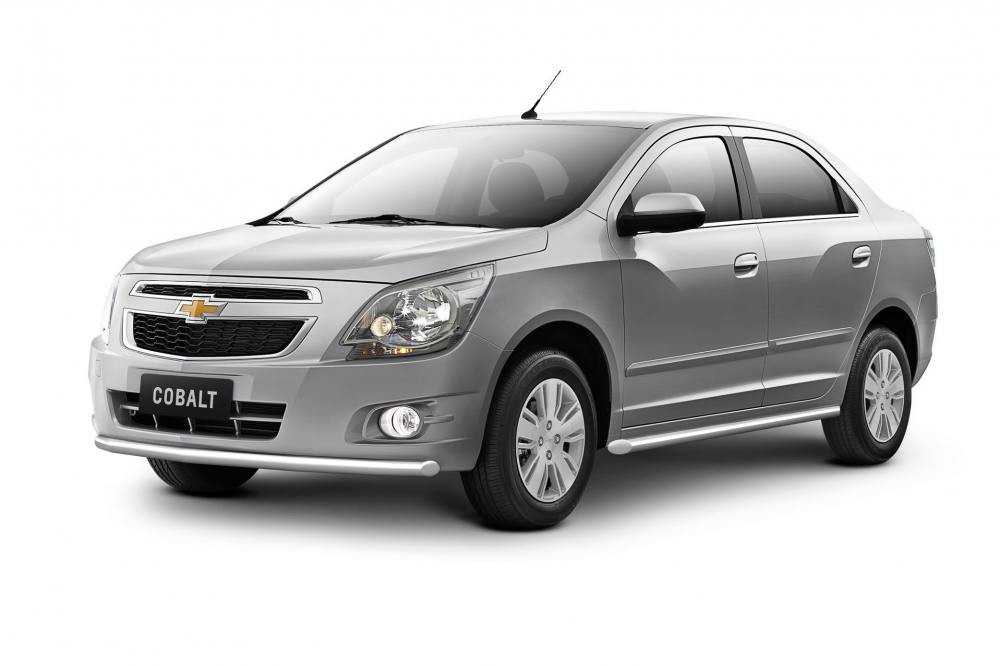