Repair manual Toyota Auris. These cars are equipped with petrol or diesel power units 1.3, 1.4D, 1.6, 2.0D. The proposed manual is designed for a wide variety of readers, regardless of their initial knowledge and skills in the automotive field, whether they are interested amateurs, or beginners and experienced craftsmen with experience. In any case, all users will be able to make good use of the information presented.

To make the electrical equipment of your favorite car understandable and always in good working order, you may need Toyota Auris wiring diagrams, which are presented in a separate chapter in this handbook. The second half of the manual gives precise recommendations – how to act step by step in each specific case of a breakdown, restoring the car’s performance, depending on which particular element is damaged, requires repair, adjustment or replacement. Self-repair will help the motorist acquire the necessary knowledge and practical experience, save his time and, of course, the budget.

Toyota Auris – a five-door or three-door front-wheel drive car “hatchback”, produced by “Toyota” since 2007 on the platform of the Toyota Corolla.

The car is aimed primarily at European consumers, but is manufactured both in Europe, at Toyota’s plants in England and Turkey, and in Japan. It is completed with a mechanical or robotic transmission. The European and Japanese versions use different types of engines.

Rumors that Toyota has begun developing a new generation of Toyota Corolla, appeared on the Internet in the summer of 2005. At the same time, sketches of the interior and exterior of the car, allegedly “similar to the new Corolla”, became available to the general public. At the end of the winter of 2006, two series of spy photos of the new car appeared on the Internet at once – in light and dark versions. It was still difficult to judge the details of the interior and exterior. As it turned out, the car, which was tested by spies, was not a new Corolla, but a Toyota Auris.

On August 20, 2012, the second generation Toyota Auris (factory index E180) was shown. The model was presented in September 2012 at the Paris Motor Show, European sales will begin in early 2013. Sales in Japan began in September 2012, and in Australia and New Zealand in October 2012.

The Auris II is available in two body styles: a five-door hatchback and a Sport Touring station wagon.

For the European market, the Auris II will be available with two 1.33-liter and 1.6-liter petrol engines, two 1.4-liter and 2.0-liter turbodiesels and a 1.8-liter hybrid engine.

In 2015, in order to maintain the competitiveness of this model, significant changes were made, including: updating the exterior design, improving the equipment in the cabin and the use of new materials in the decoration. Also, new gasoline and diesel engines were added. But the 1.3-liter gasoline, 1.4-liter diesel and 1.8-liter hybrid engine with continuously variable transmission remained unchanged.

In March 2018, the third-generation Toyota Auris debuted at the Geneva Motor Show, which was developed according to new patterns. The car is built on a modular platform TNGA GA-C.

There will be no diesel engines. Of the former units, only the 1.2-liter gasoline supercharger, which developed 116 hp, remained. The main bet is made on benzoelectric power plants. The new Auris will have two of them, and each of them is designed for different buyers. The first with a 1.8 liter and electric motor (total output – 122 hp) is addressed to those who are concerned about increased efficiency and low operating costs. The second is imprisoned for active drivers. And here the place of the motor of 1,8 l takes 2.0 l which together with the electric motor gives out 180 hp.

From 2019 on the European market the model will be called Toyota Corolla. 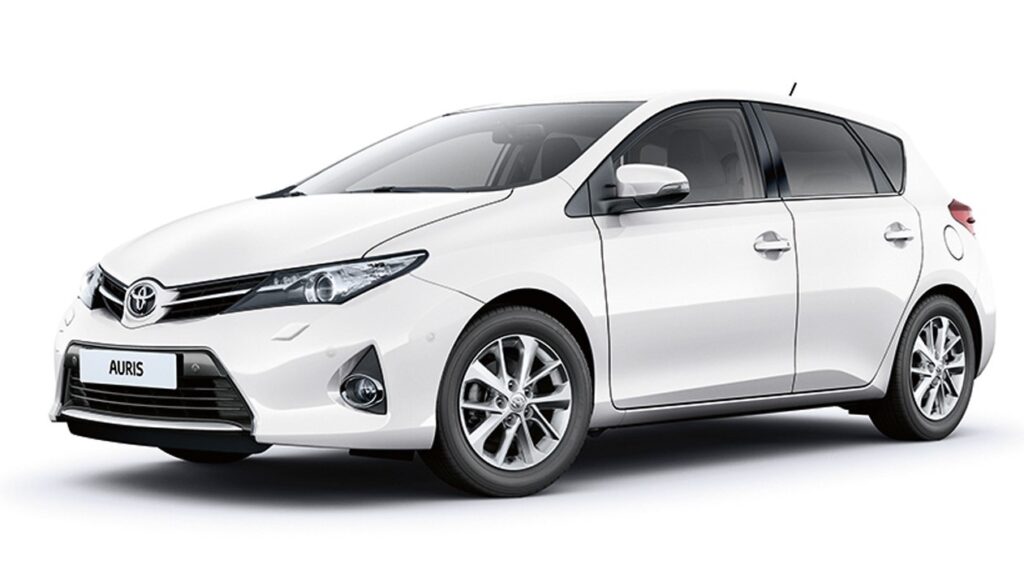