Toyota Aristo Repair Manual contains a complete listing of detailed instructions for the maintenance and repair of these incomparable vehicles. Having studied this manual, you can be sure that it will not be difficult for you to repair the engine, gearbox, brake system, ventilation system, suspension or electrics. The thing is that each chapter of the manual is structured so that even an inexperienced owner can do work, for example, to replace a timing belt.

If suddenly there are difficulties in the car’s electrician: the headlight lamps have stopped burning or the radio tape recorder has stopped working, and replacing the fuses does not help, do not despair. The Toyota Aristo service manual contains a solid number of electrical circuits, which is why it should not be difficult to figure out the problem. If you yourself are not very versed in Toyota Aristo repair, then contacting a car service will be the most correct decision for you.

The large rear-wheel drive sedan Toyota Aristo began production in 1991. The car was equipped with in-line three-liter six-cylinder engines: atmospheric (230 hp) and turbocharged (280 hp) A year later, an all-wheel drive version with a 4.0-liter engine with a capacity of 250 hp appeared. with. In 1993, the Toyota Aristo was marketed in the US market as the Lexus GS 300.

The second generation Toyota Aristo debuted in 1997 (the Lexus GS was also updated at the same time). For the sedan, the previous three-liter engines were offered. In 2005, the production of Aristo was discontinued, the model received its continuation only as the third generation Lexus GS. 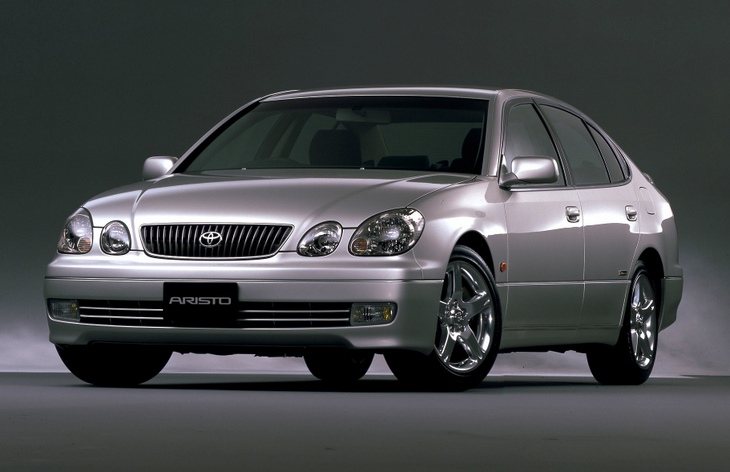