In order to handle the machine as correctly and without any problems as possible, we recommend that you pay attention to the new Toyota Allion / Premio repair manuals, produced since 2007. These cars are equipped with petrol engines with a working volume of 1.5 (1NZ-FE), 1.8 (2ZR-FE), 1.8 (2ZR-FAE), 2.0 (3ZR-FAE).

Toyota Allion / Premio repair manuals will be great helpers for every day, not only for a car enthusiast who wants to expand his knowledge and skills, but also for a specialist (beginner or experienced) who can perform his work tasks quickly and efficiently.

Toyota Allion / Premio service manuals contain a lot of theoretical and operational information, ranging from precautions when working with the machine and helpful advice from a professional technician.

From the manual you will learn about what the structure of a car is, how all the elements of Toyota function and how to control them. The visual instruction manual for Toyota Allion / Premio develops this topic in more detail. And to help keep your car in perfect working order and secure your journey should be a section that describes in detail all preventive procedures in accordance with their regulations.

For those who are going to customize, adjust or expand the electrical equipment of the car with their own hands, there are all the electrical wiring diagrams of the Toyota Allion / Premio. In order for the diagnostics and car repairs to go quickly and successfully, it makes sense to look into this manual. The information available in it will help even a beginner to establish the cause of a simple breakdown and eliminate it with his own hands according to all the rules, without spending extra money and time. All procedures are described clearly, clearly, provided with examples and necessary explanations.

Toyota Allion and similar Toyota Premio are sedans produced in Japan since 2001 by Toyota. Sedans are considered compact cars in Japan by their size and engine size.

Both Premio and Allion cars hit the market at the same time. Premio is higher in class than Allion, which has a more sporty character. In terms of class, the Allion and Premio are used as alternatives to the Toyota Camry.

The first generation of Allion and Premio (T240; 2001-2006) was launched on December 25, 2001. The Allion replaced the Toyota Carina, which first appeared in 1970. Premio is the successor to Toyota Corona and Corona Premio.

The Allion has an emphasis on younger buyers compared to the Premio sedan. Premio and Allion share the same engines and interior. The Allion has a sportier look specially designed and marketed by Toyota. Allion also has reclining rear seats (similar to the front seats). Allion continues Toyota’s tradition of vehicles made for use in taxis, driving schools and law enforcement.

On December 20, 2004, Allion received a light restyling with LED rear headlights. Premio was also updated at this time. Both cars were available with three engines: 1.5, 1.8 and 2.0 liters. The 2.0-liter model received a CVT box; other engines were equipped with a 4-speed automatic transmission.

The second-generation Allion and Premio (T260; 2007-present) were introduced on June 4, 2007, with a redesign of the exterior and an all-wheel drive vehicle equipped with a 1.8-liter 2ZR-FE direct injection engine. These cars were still between the Corolla and Camry. 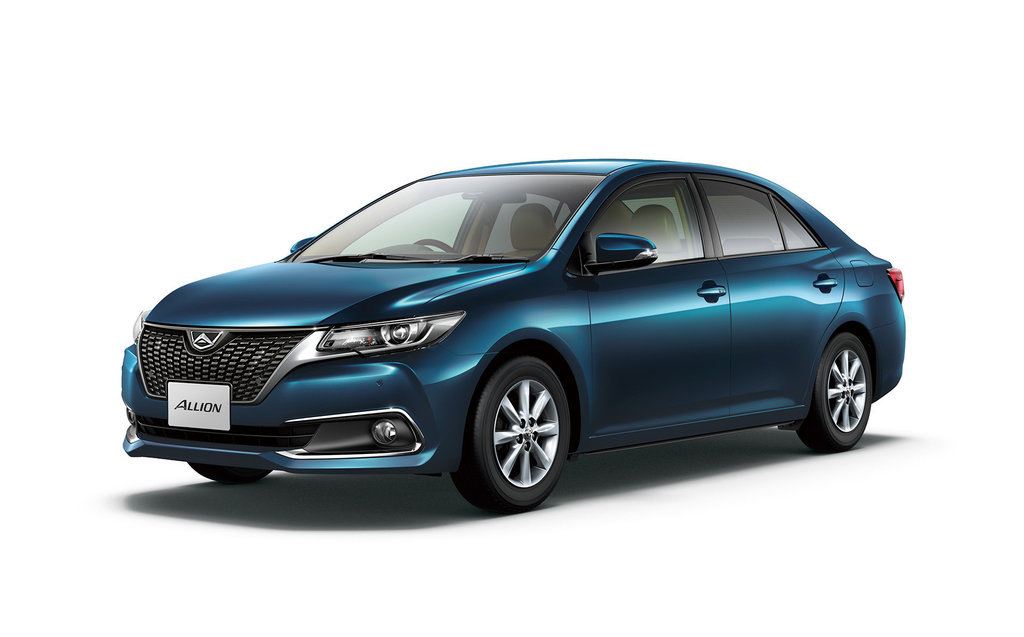