Manual on repair, maintenance and operation of Toyota Altezza cars of 1998-2005, with gasoline engines.

The service and owner’s manual is intended for owners of Toyota Altezza vehicles, service stations and garages.

The Toyota Altezza was produced from 1998 to 2005. In addition to the sedan, there was also a station wagon version of the Gita. Outside of Japan, this model is known as the first generation Lexus IS.

The base sedan and station wagon Altezza AS200 was equipped with a two-liter inline six-cylinder engine with a capacity of 160 hp. with. The sedan in the RS200 modification had a 210-horsepower four-cylinder with a volume of two liters. And the most powerful was the Toyota Altezza AS300, which was offered only with a five-door body; it had a three-liter 220 hp engine under the hood. with. The AS200 and AS300 versions could be rear-wheel or all-wheel drive, while the RS200 had rear-wheel drive only.

The second-generation Lexus IS sedan, which appeared in 2005, began to be sold in the Japanese market, and the Altezza model disappeared from the lineup. 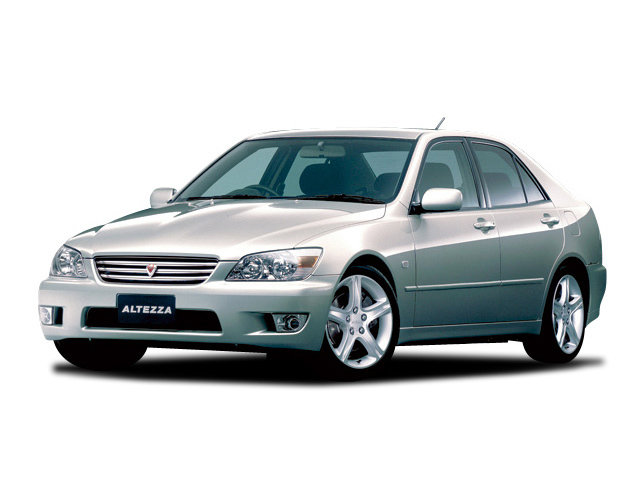