The Citroën C4 Picasso is a compact minivan manufactured by Citroën since 2006, which has replaced the Citroën Xsara Picasso. Available in two versions – five-seater and seven-seater (Citroën Grand C4 Picasso).

The car was first presented at the Paris Motor Show in September 2006 in a seven-seater version, and in January 2007 – in a five-seater. The minivan has a common base and identical engines with the Citroën C4 and Peugeot 307 and continues to coexist with its predecessor Citroën Xsara Picasso.

The second C4 Picasso was officially unveiled on January 5, 2007 and unveiled at the 2007 Geneva Motor Show. To emphasize the difference between the versions, the seven-seater version was named “Big” C4 Picasso (Grand C4 Picasso). The C4 Picasso is assembled at the Spanish PSA plant in Vigo.

The most fascinating feature of both options is the giant windshield, which ends almost behind the driver and allows you to enjoy a wide panoramic view. In order to close part of this window, the design provides special movable curtains that allow you to create a comfortable atmosphere in sunny weather.

Another interesting feature is the ability to order a car with air suspension (this option is not available in all countries). This suspension is generally much softer and allows you to change the clearance if necessary.

On June 15, 2013, the second generation C4 Picasso was introduced, initially as a five-seater minivan. The seven-seater version will be released in September 2013.

The second generation C4 Picasso has a front independent suspension, the rear used a semi-dependent suspension. Due to the large size of the wheelbase and internal dimensions of the cabin, the minivan has the most spacious second and third rows of seats in the segment, along with the maximum legroom for passengers (margin in the knees – 217 mm for the second row and 108 mm for the third). In addition, the new architecture of the body has significantly reduced the overhang of the car, the front is reduced to 11.6 cm and is the shortest in its class. The new EMP 2 platform (Efficient Modular Platform 2) allowed to place the engine 50 mm lower, lower the floor level by 20 mm, widen the track (82 mm at the front and 31 mm at the rear). Thus, a low center of gravity, high stability, better maneuverability. Thanks to more active use of high-strength steels, the weight of the car was reduced (100 kg lighter than its predecessor), and the aluminum hood and composite fifth door gave additional weight savings of 40 kg. 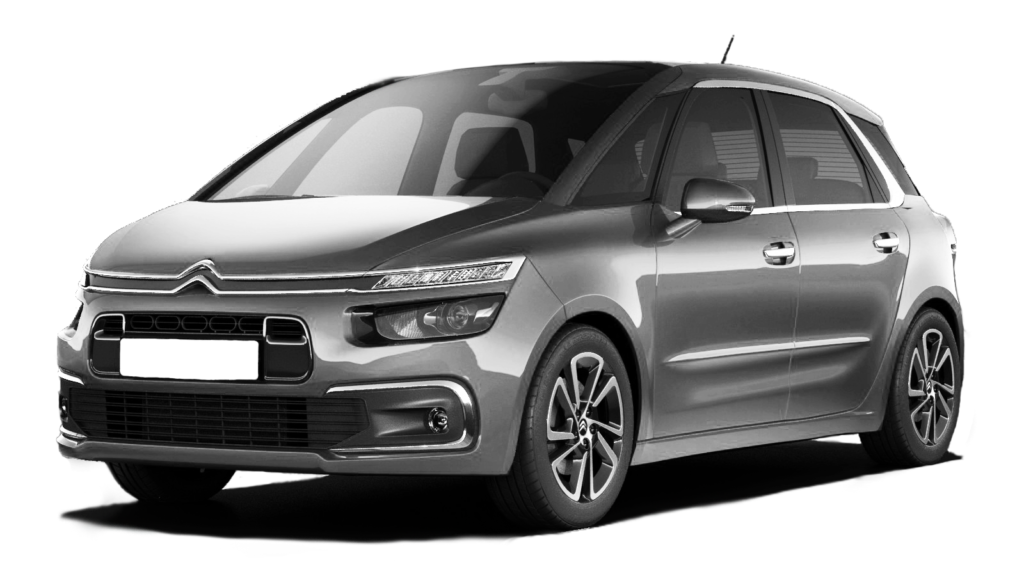