The Citroën C3 Picasso is a compact car from the French company Citroën, first introduced in 2008 at the Paris Motor Show as a concept car called the Drooneel. The car was developed by Donato Coco and Jean-Pierre Ploise. This Picasso front-wheel drive compact van is a version of the Citroën C3 and the successor to the Citroën Xsara Picasso, designed to compete with the Opel Meriva, Nissan Note, Renault Modus and Ford Fusion. The car was adapted for “urban off-road” in the Latin American market, where it began to be sold as a Citroën C3 Aircross in 2010.

The first C3 Picasso was assembled in December 2007 at the PSA Trnava plant in western Slovakia, which declared Citroën the sole model manufacturer. Citroën presented the finished product in the Slovak press and public on September 25, before it was opened to the world in October 2008 at the Paris Motor Show. The C3 Picasso went on sale in France in February 2009. The company began selling cars in other European markets in March 2009.

The upgraded version of the car was shown at the Paris Motor Show on September 27, 2012 and went on sale in Europe in November.

The appearance of the C3 Picasso is fully consistent with the overall style of Citroen cars, changes in appearance have affected only the front of the body, thus giving it a more modern look. As a result of changes, the front bumper was changed, the radiator grille became more compact, as well as the optics, where LED strips were added. Elsewhere, the exterior of the microwave has not changed. New color schemes have also become available for the body. The dimensions of the microwave are: length – 4078 mm, width – 1766 mm, height – 1670 mm, wheelbase – 2540 mm. 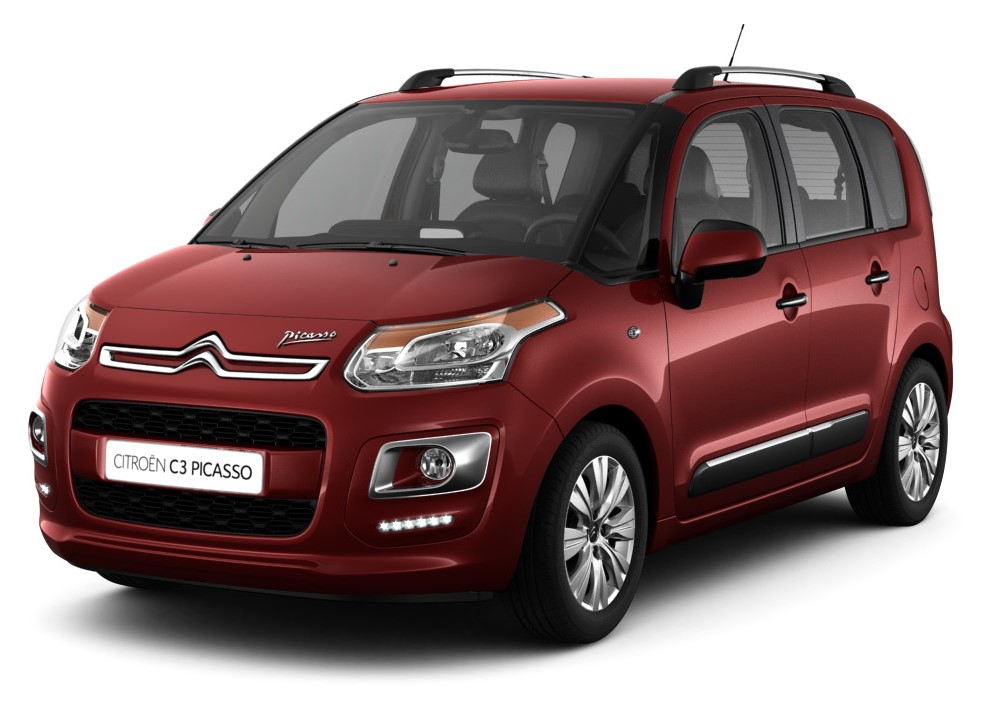