Miniature SUV Suzuki Samurai was produced from 1981 to 1998. It was known as the second generation Suzuki Jimny in some countries.

The Suzuki Samurai is a compact off-road vehicle produced by Suzuki from 1989 until 2003.

It is an evolution of the previous Suzuki SJ410 and Suzuki SJ413 models. The first models destined for the European market were assembled in Spain by Santana Motor under license from Suzuki, in order to obtain the status of “Community product” and avoid the restrictions introduced in Europe to Japanese car models.

The Samurai mounts front and rear rigid axle suspension and leaf springs. The gearbox is 5-speed with 2-speed reduction gear.

Samurai Coily, this is a version produced in a few examples from 1997 to 1999 as prototypes of the Suzuki Jimny equipped with rigid bridge suspensions and coil springs, on the outside it is the same as the version produced up to 2003, except for the front which has a softer line

The engines on the Santana came directly from Japan, the rest of the car was assembled with European parts.

The first “Samurai” were marketed with a 970 cm³ or 1324 cm³ petrol engine (out of production at the beginning of 1993). The 1 liter engine was only available in the very first versions. The 1324 cc carburetor engine had 64 hp of power.

Towards the summer of 1992, following a slight restyling of the car, the following models were fitted with a 1298 cm³ single point injection engine with 69 hp of maximum power.

In 1998 there was another more detailed restyling, which also saw the introduction of diesel versions, first with a 1905 cm³ and 62 hp Peugeot XUD9 engine, then with a 1870 cm³ Renault F8Q and 64 hp, the first turbo and the second aspirated, both with indirect injection.

The “Suzuki Samurai” were also built in Spain by Santana Motor, under the name Suzuki Santana.

The Suzuki Samurai is still produced in India today, in disguise and in a long wheelbase version, by Maruti, under the name of Maruti Gypsy. 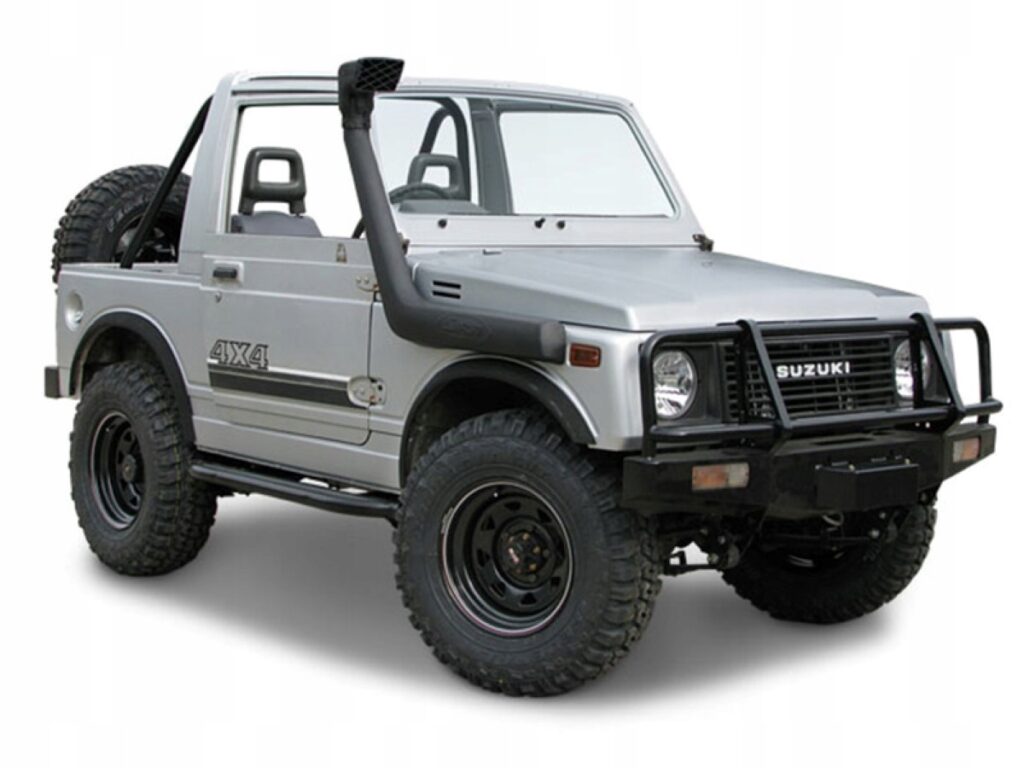