Infiniti FX (Since Summer 2013 was called Infiniti QX70) – a medium-sized business class crossover produced since 2003 under the brand Infiniti. Constructed on the FM platform as the rear-wheel drive coupe Nissan 370Z. Since 2008, the second generation is issued. Infiniti FX is not for sale in Japan.

Was released in FX35 and FX45 variations. FX35 is available in two transmissions, RWD and AWD. Both are available in conjunction with a 3.5-liter petrol engine V6 with 24 VQ35DE valves, with a head of a aluminum alloy cylinder block, an electronically controlled servo throttle system. The engine is used covered with molybdenum pistons of low friction with a continuous variable synchronization of the valve, which partially optimizes the opening of the valves. Similarly, electronic control is used by the ratio of the main transmission pair, with five automatic switching speeds and the manumatic shift mode, which includes the option consistently electing the transmission and the correspondence of the mode of inclusion.

For the first time Infiniti FX II was officially presented at the Geneva Motor Show on March 4, 2008, and entered in June 2008. The FX35 model retained the V6 VQ35HR engine, but the V8 model was renamed FX50, taking into account its 5-liter VK50VE engine. The FX37 model with V6 VQ37VHR engine is available for the European market.

Since 2012, an updated model with a modified front lattice is manufactured. At the end of 2012, the Top Modification Infiniti FX50 “Vettel-Edition” with a 5.0 L VVEL engine with a capacity of 420 hp. 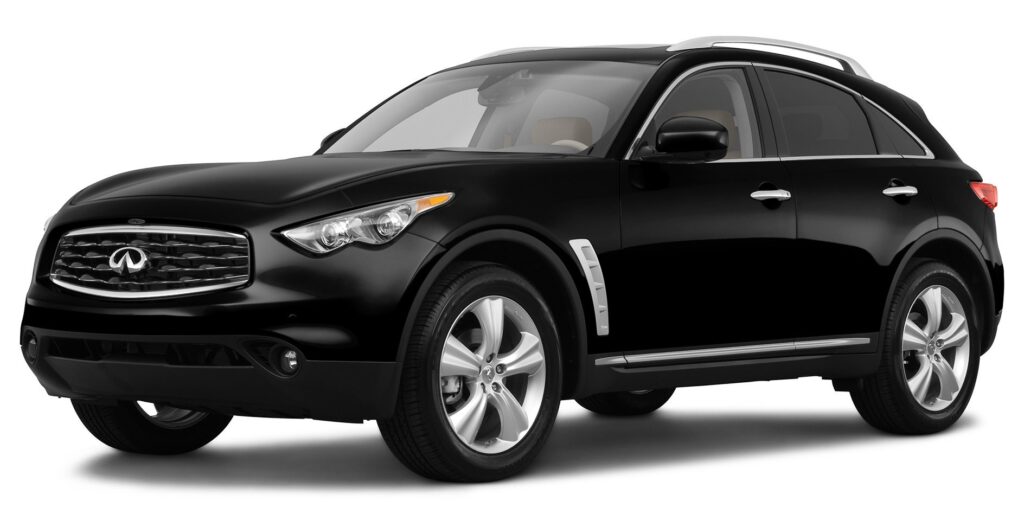