Lexus IS service repair manuals, operation and maintenance manual for these vehicles manufactured since 2005 and equipped with 4GR-FSE or 3GR-FSE gasoline engines (2.5 or 3 liters displacement, respectively).

On each page of the manual, the user will find clear drawings that are so well thought out that it becomes much easier to understand the design of a car or make recommendations for diagnostics or repairs. In addition to a high level of clarity, this practical guide is distinguished by a successful division into chapters and paragraphs and a logical structure of the presentation of the material in general, and most importantly – an accessible level of presentation of information, despite the fact that the professionalism of the authors is obvious (all of them are practicing auto mechanics of the highest category).

This Lexus IS repair manual can be safely recommended to even an entry-level motorist. Such manuals, of course, will benefit all the specialists of service stations and garages responsible for their work, since it addresses the problems of repair of any level of complexity and provides optimal solutions even for such repair problems that specialists have to work hard on.

The first section of the manual provides basic information about how the car is arranged and what functions are performed by its units, components and systems. A complete Lexus IS Owner’s Manual will help you acquire the skills that every driver needs to properly care for and maintain a car.

Sedan Lexus IS, which began production in Japan at the end of 1998, became a new “junior” model of the brand, designed for those for whom large Lexus were too expensive. The rear-wheel drive car was a copy of the Toyota Altezza for the Japanese domestic market, introduced a little earlier than the Lexus IS. A little later, the SportCross station wagon and all-wheel drive modification appeared in the lineup.

The second generation of the model debuted in 2005, this time only with a sedan body. The car no longer had a “twin” under the Toyota brand, as Lexus began to be sold in the Japanese market.

Inline six-cylinder engines were replaced by V-shaped engines with direct injection, with a volume of 2.5 and 3.5 liters (205 and 306 hp, respectively). For European buyers, the Lexus IS 220d sedan with a 2.2-liter turbodiesel with a capacity of 170 forces was offered, and in some Asian markets, the Lexus IS 300 was sold, equipped with a three-liter “six” developing 230 hp. with. Transmissions – six-speed, manual or automatic.

The image of the third generation Lexus IS was published in January 2013. In February, the model was presented at the Detroit Motor Show.

A version of the coupe, which will be sold under the name Lexus RC, was presented at the Tokyo Motor Show in December 2013.

Lexus IS is a 4-door 5-seater sedan, which even in the basic configuration can compete with the flagships of the BMW 3 Series, Mercedes-Benz C-Class, Audi A4, Cadillac ATS. Like all Lexus models, the IS combines high quality with high technology. In 2016, the sedan is available with rear-wheel drive and all-wheel drive, it is also possible to equip the car with optional sports equipment. 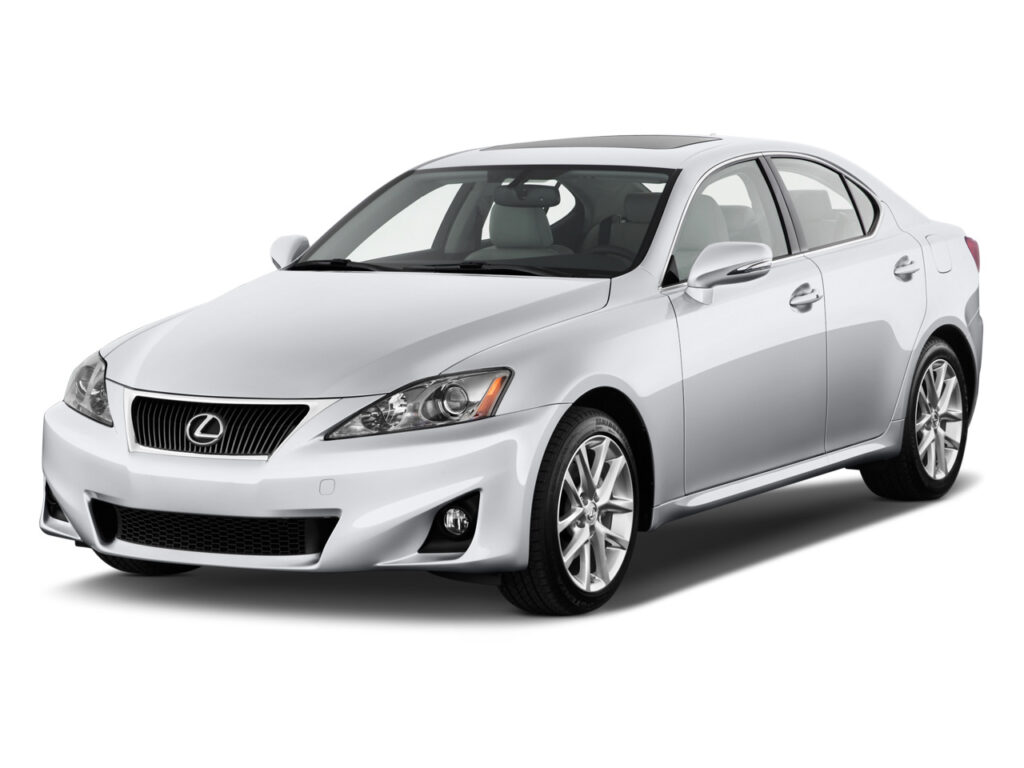