Toyota Hilux 7th generation AN10, AN20, AN30 with gasoline and diesel engines from 2004 to 2015 – repair, owner’s and maintenance manual, wiring diagrams, operating instructions PDF free download

The impressive SUV Toyota Hilux has alluring qualities: practicality, spaciousness, maneuverability, agility, reliability and, not least, high safety. The original toned appearance at first glance defines the Toyota Hilux belonging to SUVs. The high seating position, comfortable, but without a pretense of luxury, the interior is to the taste of the younger generation, who strive to race, overtaking the wind. The presented SUV will overcome any obstacles. But a car is a car, and it sometimes fails at the most inopportune moments. Therefore, when setting out on a journey, it is necessary to have an operation manual. Then you will be insured against long waits if your pet breaks down far from the city, where there are no road workshops and roadside services. After all, it not only describes in detail the design and device of the Toyota Fortuner, including the location of the instruments, but also shows how to act in emergency situations. Potential malfunctions, their identification and elimination are described in detail. Thanks to the recommended guide, you can diagnose and fix the breakdown yourself, and then continue your route.

The repair manuals will acquaint you in great detail with the design of 2TR-FE gasoline engines equipped with VVT-i, displacement 2.7, developing 158 Hp and 1GR-FE with VVT-i system, displacement 4.0 Hp containing 250 Hp. Diesel engines 1KD-FTV with 170Hp and 3.0 displacement are also presented in detail. You will be able to remove / install, disassemble / assemble, configure / adjust any of these engines.

The Toyota Hilux Service Manuals provide a comprehensive description of the five- and four-speed automatic, manual and transfer gearboxes. The systems of lubrication, ignition, power supply, cooling, engine management are displayed in detail. Attention is paid to the description of the intake and exhaust systems, chassis, clutch, steering, suspension. The braking system is detailed, including the security system: ABS-anti-lock, EBD-distributing brakes, EBV-electronic distribution of forces. The provided manuals will provide you with detailed information on the replacement of the refrigerant or the parking brake. They will teach you to check the level of liquids or the compressor. He will acquaint you with safety precautions, tell you everything about the use of tools and measuring devices. Will reveal the secrets of the choice of spare parts.

The Toyota Hilux workshop manual carefully outlines the bodywork. Diagrams of electrical equipment and its systems are clearly presented. All repair operations are accompanied by drawings, the purpose of which is to show the sequence of a particular procedure. Because of this, you will be able to keep your Toyota Hilux in excellent condition in a timely manner.

Like any other vehicle, the Toyota Hilux needs regular maintenance. All the necessary operations, their sequence, volumes are thoroughly outlined in the maintenance manual. Due to this, you will not have any difficulties with its implementation, both independently and in a service center. The auto mechanics of the service will undoubtedly appreciate your knowledge and will not offer you unnecessary procedures, which will save your money.

The owner’s manual is a must for people who own a Toyota Hilux (AN10, AN20, AN30) or are going to purchase it. There is a need for it and the employees of auto repair shops, service representatives, service station managers. And if you are fond of technology, then you will find information that interests you in these manuals.

The company has started production of a new, seventh, generation of its famous HiLux frame pickups. In terms of their popularity in the Toyota range, they take second place after the Corolla car model. In total, since the beginning of production in 1967, more than 12 million cars of this model have been produced. Production of the new pickups began in August 2004 at a plant in Thailand, and for the local market they are called HiLux Vigo, have a more modest configuration and a low level of corrosion protection. These cars are designed for Europe, the Middle East, Asia, Australia and Oceania.

In March 2005, production of these pickups began in South Africa for Europe, Africa and the Middle East, and in April – in Argentina (for Central and South America). The new model is offered in basic versions with a 4×2 or 4×4 wheel formula, a regular, elongated or double cab with a folding rear seat. Compared to the previous generation, the overall length has increased by 340 mm. (5130 mm), width – 60 mm, wheelbase was 3090 mm. As a result, the length of the cargo compartment has increased: with a single cab – up to 2.3 m, double – 1.52 m. The cars received a new, stronger frame, the torsional stiffness of which increased almost one and a half times. The front suspension – independent spring on double triangular levers, rear – dependent spring. For Europe, a 4-cylinder turbocharged diesel (2.5 hp, 102 hp) is offered. With different maximum torque for 4×2 and 4×4 versions. A version of this engine with intermediate charge air cooling will appear later. The gearbox is a 5-speed manual, for all-wheel drive versions there is a 2-speed transfer case. Standard equipment is a high-friction rear differential.

In 2011, the model was updated for the second time.

In 2013, the model was updated for the third time. 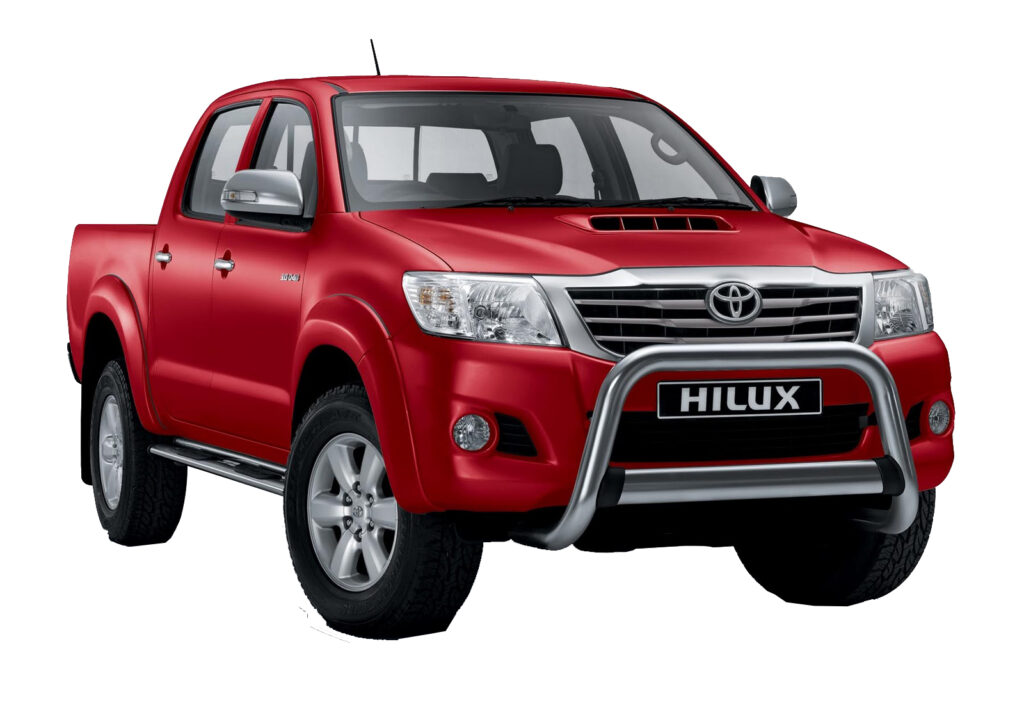