Opening this book, you enter the fascinating and wonderful world of the technical intricacies of your car. In a simple and understandable language, the manual contains instructions and advice on the operation and care of Toyota HiAce, provides a step-by-step description of the repair and maintenance procedures for these cars, provides possible malfunctions and methods for their elimination, indicates the limits of permissible wear of the main parts, and also lists recommended lubricants and working fluids.

By reading and following all the instructions in this manual, your vehicle will never let you down at the wrong time.

But, not only Toyota HiAce owners will find useful information here! The most real and irreplaceable assistant, this edition, will become for specialists of service and repair centers. After all, the manual includes detailed data on the frequency and procedures of maintenance, refueling tanks and the fluids used. Provides information on checking, adjusting and repairing the main elements of the control system for gasoline engines, variable valve timing systems (WT-i and Dual WT-i), instructions for using engine self-diagnosis systems, gearbox Muitimode, ABS, BA, TRC, VSC, SRS, air conditioner and recommendations for adjusting, checking and repairing gearboxes (including those with Muitimode electronic control system), brake system elements (including ABS), emergency braking system (VA), traction control system (TRC), stability control system ( VSC), Electric Power Steering, Entry & Start, SRS and Suspension. The procedures for checking the parameters in the connectors of the ECU electrical control units, as well as the variator and ABS control are described.

The accompanying figures show all the necessary diagrams to help you instantly find faults in the electrical system, and tips and descriptions help you to correctly and quickly troubleshoot.

Toyota Hiace – minibuses that Toyota has been producing since 1967.

The first generation Hiace factory index H10 was introduced in 1967. Hiace is presented in a body of a pickup, a van and a passenger minibus.

The new Hiace, introduced in 1977, received a simpler cabin with single headlights. In addition to the gasoline engine, a 2.2-liter diesel was available in some markets. The new Hiace “20-40 series” in addition to the already known options was available in the body of a pickup truck with a double cab, a van with a long wheelbase, and a minibus with a high roof. After the debut of the third generation in 1982, some variants of the second generation still continued to be produced for several years.

The new Hiace was launched in 1982, the pickup appeared a little later. The cab design was common to the larger Toyoace truck, although they had some differences. The model code depends on the size of the wheelbase: minibuses of the 50 series have a short wheelbase, 60 series – a long one, 70 series have a very long one. Pickups – 80 and 90 series. The Toyota Mobile Lounge, shown in 1987 at the Tokyo Motor Show, is based on the Hiace high-roof van. Production of vans and minibuses ceased in 1989, and production of pickups continued until the mid-1990s. This was the last Hiace pickup.

The fourth generation model appeared in 1989 and was available with standard and long wheelbase options; in the bodies of a van and a minibus.

The engine range began with a 2.0-liter gasoline engine and a 3.0-liter turbodiesel. Most versions had rear-wheel drive, but all markets also offered all-wheel drive versions.

In 1995, Toyota Hiace (factory index XH10) was launched for the European and Japanese markets, along with a similar Toyota Granvia minivan. A number of comfortable minivans have been developed on the basis of Granvia, such as Hiace Regius and Touring Hiace.

Unlike its predecessors, the car has an independent rear suspension, versions were made with rear and permanent all-wheel drive (full time 4WD). Equipped with a mechanical 5-speed or 4-speed automatic transmission.

Since 2001, the 2L series diesel engines have been replaced by new, more modern 2.5-liter 2KD-FTV series engines, with 16 valve heads, turbocharging, and the D4 Common Rail injection system, in two power variants. with these engines the model was produced until 2012.

The Japanese variants had other engines, namely diesel, 3.0-liter 1KZ-TE with turbocharging, as well as gasoline – 2.7-liter 3RZ-FE and 3.4-liter V6 5VZ-FE, which were equipped only with automatic transmissions.

In 1999, Toyota Grand Hiace began production for the Asian markets and upgraded the Toyota Granvia.

In 2005, the Toyota Grand Hiace was taken out of production.

In 2006, the Toyota Hiace for the European upgraded for the second time, the car got a look similar to the Toyota Grand Hiace.

In early 2012, the European model was taken out of production. In the European market, Hiace will be replaced by a new model Toyota ProAce, which will be manufactured at the plant Sevel (PSA, Fiat) and it will be similar to the models Citroën Jumpy, Peugeot Expert and Fiat Scudo.

For the first time in 15 years, Toyota has completely upgraded the Hiace series vans, in Japan – RegiusAce. These rear- or all-wheel drive cars are now available only in the hood with a large angle of inclination of the windshield. They have two options for wheelbase (2570 and 3110 mm) and respectively the overall length (4.7 and 5.4 m) and the length of the cargo compartment (3.0 and 3.5 m), two options for overall width (1, 7 and 1.9 m), as well as performance with a normal and high roof. All vans can be equipped with a second folding seat for three people. The total weight of cars is 2.87-3.2 tons, load capacity – 850-1250 kg. (For all-wheel drive versions – 1.0 t). The cars are equipped with in-line 4-cylinder engines: gasoline (2.0 liters, 133 hp and 2.7 liters, 151 hp) or diesel with turbocharging and intermediate cooling (2.5 liters, 109 hp). ). The transmission is manual 5-speed or automatic 4-speed. Front suspension – independent torsion, rear – dependent spring. 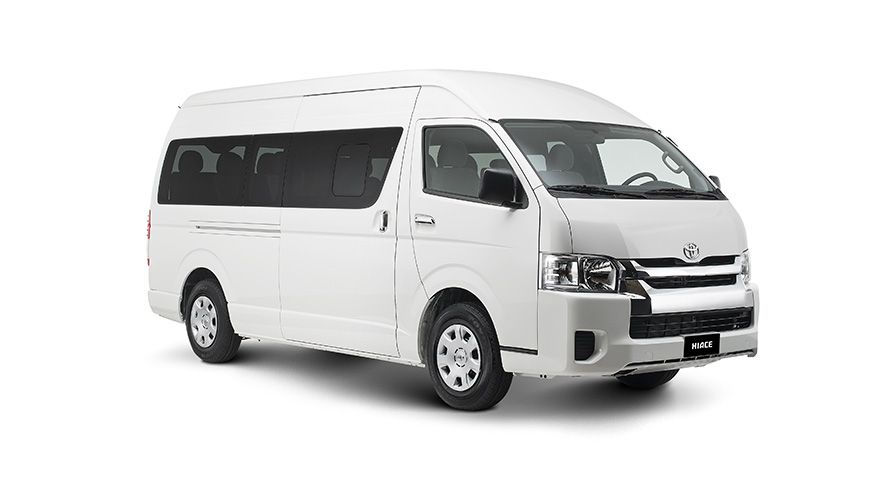