It is most convenient to search for new application information on the car with the help of a good manual, such as the Toyota Granvia repair manual, which has everything related to the operation, maintenance, diagnostics and repair of Japanese minivans of this model. They are equipped with gasoline and diesel engines with a displacement of 3.4, 3.0 liters, and were produced in the period from 1995 to 2005. This manual will be read and mastered in practice by proactive drivers who want to know literally everything about their car and handle it competently, including performing a number of repair procedures if necessary. Therefore, the Toyota Granvia repair manual was conceived and turned out as the most visual, accessible in the style of presentation of all the material, informative and logically structured in its content as a whole. It is very easy to find the necessary information, as well as to successfully use it in practice in a garage workshop or even outdoors, on the way.

The proposed manual includes both basic and additional blocks of information, for example, precautions when working with a minivan are indicated, there is an appendix with important tips and a large number of tables, there is an introductory chapter.

The basic information includes a story about the device Toyota Granvia with an examination of all components of the car, their structure, rules of action and control of them. Another important point is the illustrated owner’s manual for Toyota Granvia 2WD and 4WD. This chapter tells you what work is necessary to keep the car in perfect working order, as well as the frequency with which it is recommended to perform them. Not only craftsmen, but also motorists are interested in the electrical equipment of their car, trying to keep it under control, which will help all the electrical circuits of Toyota Granvia. Self-diagnostics and repairs require certain knowledge and skills from the motorist, therefore, if the car unexpectedly required repair, then a book like this one will be the best guide for the driver. In it, all the instructions are shown in diagrams and figures, applied work is divided into separate stages, by performing which, according to all the rules, step by step, to achieve the best result.

The Toyota Granvia minivan, which debuted on the Japanese market in 1995, was based on the fourth generation Hiace model. Unlike the utilitarian original, the Toyota Granvia was a more comfortable and better equipped vehicle. It also featured a half-hood layout, while the Toyota Hiace was a hoodless one. The same model was exported to Europe and other countries under the name Toyota Hiace, but with a slightly modified design.

The Toyota Granvia minivan had three rows of seats and seven or eight seats, sliding doors provided access to the interior. A 2.7 petrol engine (145 hp) or a three-liter turbodiesel (130–140 hp) was installed on the car, in 1997 a version with a V6 3.4 engine with a capacity of 180 hp appeared. with. “Granvia” with a 2.7-liter engine was only rear-wheel drive, the rest of the options were offered with both rear and all-wheel drive. All versions were equipped with only a four-speed automatic transmission.

As a result of restyling in 1999, the car received an updated design, in this form the Toyota Granvia was produced until 2002, when it was replaced by the Toyota Alphard minivan. 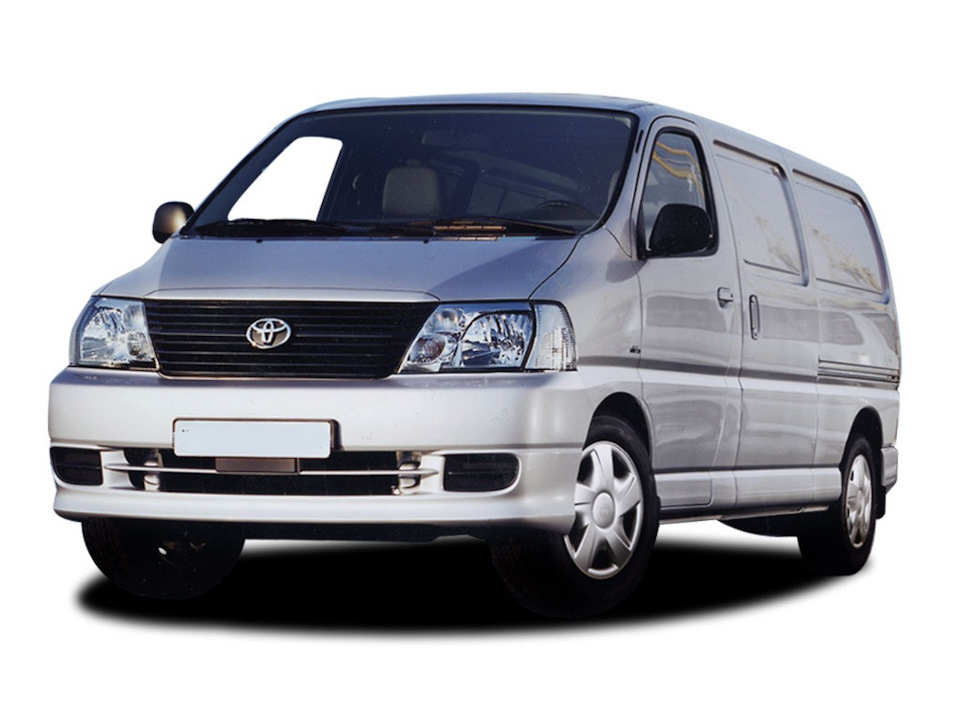