The Chrysler PT Cruiser is a retro compact car launched by Chrysler as a 5-door hatchback in 2000 and as a 2-door convertible in 2005.

Originally conceived as a Plymouth model, the PT Cruiser was released under the Chrysler brand at the official launch due to the Plymouth brand being closed in 2001. The PT Cruiser was designed by Brian Nesbit, who also designed the Chevrolet HHR. The name “PT Cruiser” includes the acronym PT, which stands for “Personal Vehicle” and also refers to the vehicle’s platform, as well as its vehicle identification code. PT is also an abbreviation for Chrysler’s similarly retro-style Pronto Cruiser concept car.

A four-seater convertible version appeared in 2005. This 2-door convertible was equipped with a special “sport protection” (sport bar), which adds rigidity and rollover protection. This sports bar allowed air to pass over the rear seats, which reduced the level of draft for the rear passengers. The convertible was officially discontinued on December 21, 2007, but some 2007 convertibles were branded as 2008 models. On January 12, 2009, Chrysler LLC, under Cerberus Capital Management, announced that it was phasing out the hatchback as well.

On July 6, 2009, after reorganizing into New Chrysler, the company revised plans to phase out the model and began to specialize in their release only for the market in Canada and Mexico. But still, on July 9, 2010, the PT Cruiser went out of production. In total, almost 1.35 million cars were produced in the world. 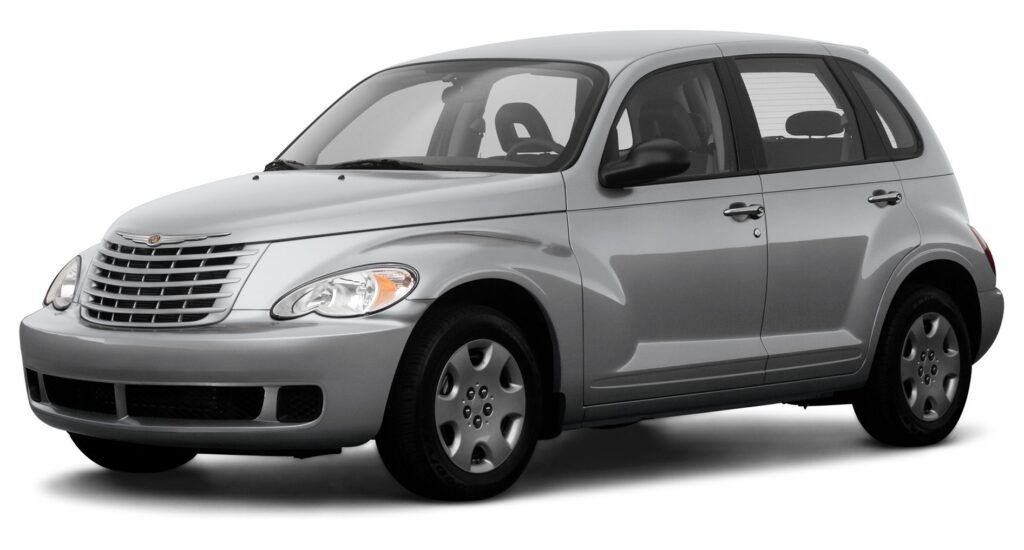