“Chrysler Newport” is the name used by Chrysler to refer to the hardtop body and also to the lower price model from 1961 to 1981. Chrysler first used the name Newport on the 1940 show car, which was manufactured in 5 units.

The 1979 model year saw the new abbreviated Newport on the Chrysler R platform, derived from the close Chrysler B platform of 1962. This reduced the model’s availability to a separate 4-door hardtop sedan with racks. While GM and Ford have cut back on their larger cars by building smaller bodies around more spacious passenger compartments, Chrysler has taken a different direction. Chrysler’s existing B platform has been modified to improve fuel economy through a number of weight-saving measures. Examples include plastic pistons for wheel brake cylinders, which tend to swell and bind the brakes after several years of service. Chrome-plated aluminum bumpers were another innovation, but were replaced in 1980 by a stronger steel rear bumper. Large-capacity V8 engines were discarded.

Initial sales in 1979 were strong, but Chrysler’s precarious financial situation due to tighter oil and fuel supplies hampered sales of the upgraded car, and all models in the R body were scrapped after a short duration in 1981, as Chrysler began its own shift. towards smaller front-wheel drive cars.

The name of the Newport model almost returned in early 1984 as an option to the M body lines (Dodge Diplomat, Plymouth Gran Fury, Chrysler Fifth Avenue). The order was taken by Chrysler-Plymouth dealers, but at the last minute, a possible Newport was sold as a Dodge Diplomat SE. This model used the same waterfall grille as the Chrysler Fifth Avenue, except for the horizontal bar, which ran in the center to mimic other “cross” grilles in the Dodge line. 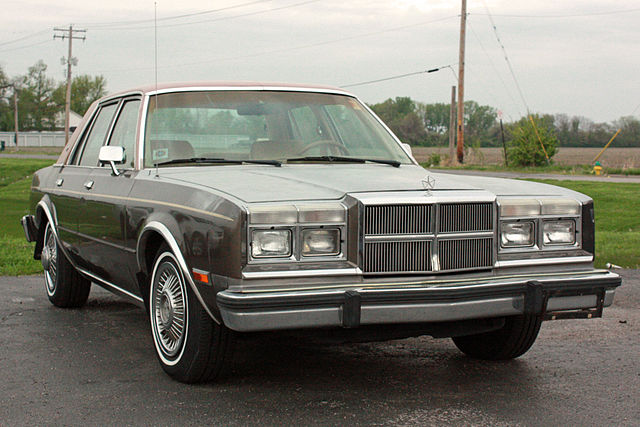