The vehicle models Suzuki APV, APV Arena, APV Luxury and Suzuki Mega Carry are so-called multi-purpose vehicles that Suzuki has been producing since 2004. The model series was developed in Japan and is produced in Indonesia by the PT Indomobil joint venture. Since the 2008 facelift, Suzuki has sold the APV as a panel van, the APV Arena as a minibus and the APV Luxury as a minivan. The model series is sold by Suzuki mainly in Southeast Asian countries, as well as in Australia, Algeria, Aruba and Chile. A sister model previously only available in Indonesia is also from PT. IndoMobil Suzuki International produced Mitsubishi Maven. This has been in production since 2005.

The Mitsubishi Maven is only delivered with a four-cylinder 4G15A-12 Valve SOHC petrol engine, which has a displacement of 1468 cm³ and an output of 64 kW. With the Suzuki APV, this is only the entry-level engine. In the top version, the APV is equipped with the 4G16A 16 valve MPi Inline 4. With a displacement of 1590 cm³, this then has an output of 69 kW.

While the Suzuki APV underwent a facelift in 2008, the Mitsubishi Maven continues to be built unchanged. Since 2011, a flatbed truck of the model series has also been produced, marketed outside of India and Indonesia as the Suzuki Mega Carry. 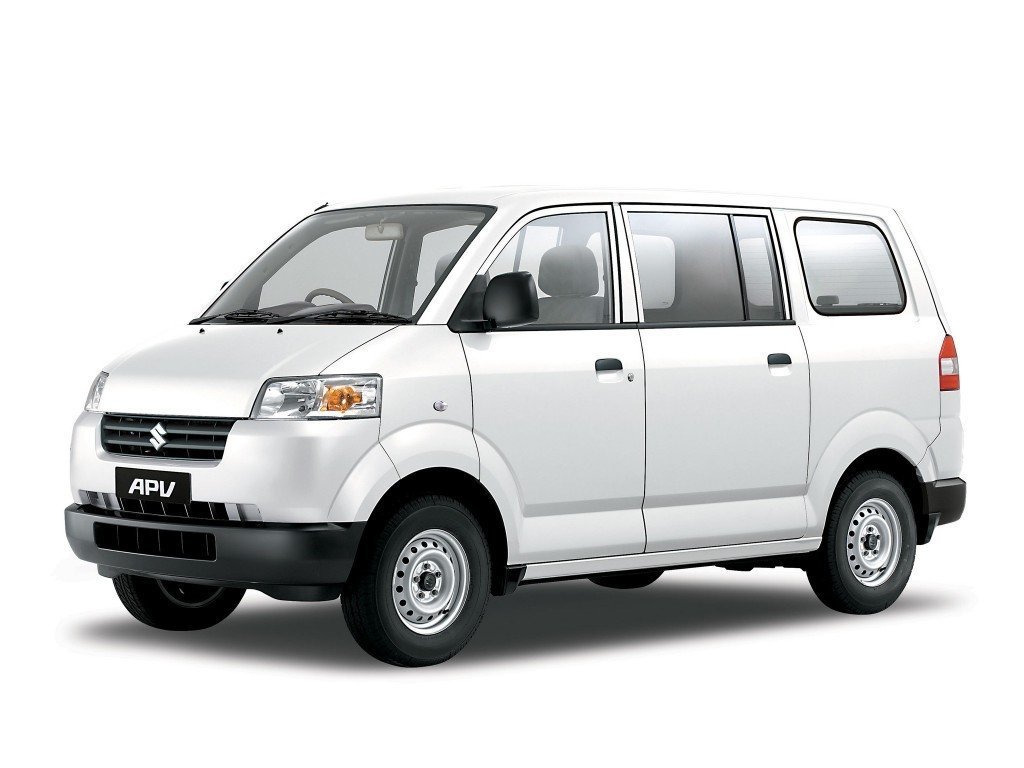