Suzuki DZire is a small sedan produced and sold in the Indian market by Suzuki’s subsidiary Maruti Suzuki India.

In this section, the predecessor “Swift Desire” is also described.

In March 2008, the “Swift DZire” based on the second generation Swift (ZC # 1 type) was released. Based on the Swift, the overall length has been extended to 4,160 mm, and it has appeared as a model that secures trunk space. As for the engine, 1.3L gasoline “K13B” and 1.3L diesel were prepared.

In February 2012, it moved to the second generation based on the third generation Swift (ZC # 2S type). Considering the tax system, the second generation was changed to a style with a truncated rear deck, and the total length was shortened from the previous 4,160 mm to 3,995 mm. Like the hatchback, there are two types of engines, 1.2L gasoline (K12B) and 1.3L diesel (D13A). In addition to the 5MT transmission, 4AT is also available for gasoline-powered vehicles. Even after the second generation appeared, the first generation was continuously sold for taxis after simplifying the interior and exterior as a “DZiRE Tour”.

In May 2017, the third generation was announced. Taking the opportunity of the generation change, the car name was changed to “DZIRE” and it became independent from Swift. A lightweight and highly rigid body has been realized by renewing the platform to “HEARTECT” which is the same as the 4th generation Swift (ZC # 3S). It achieves both excellent driving performance and low fuel consumption at a high level, and also complies with new regulations to be introduced in India in the future. Also, unlike the first and second generation exteriors, almost everything behind the A-pillar is designed exclusively for the Desire, achieving a sleek design and high boarding / alighting performance, while also improving space efficiency. Considering the tax system, the total length is set to 3,995 mm, which is the same as the previous generation, and it is kept within 4 m.

Two types of engines are available: K12B with 1.2L gasoline and D13A with 1.3L diesel. Both engines can be selected from 5-speed MT and 5-speed AGS (auto gear shift).

Even after the appearance of the 3rd generation, the 2nd generation continues to be sold to corporations as “TOUR S” after simplifying the interior and exterior. 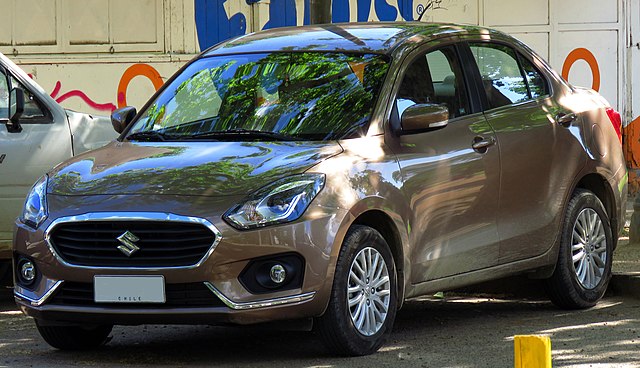