The name Suzuki XL-7 was first introduced in 1998 by Suzuki to denote SUVs that were produced under its brand until 2009 in two generations.

Until 2006, the Suzuki Grand Vitara XL-7 crossover was sold in America – an elongated seven-seater version of the famous Grand Vitara. But creating a successor to the model under the name Suzuki XL7, the Japanese decided to cooperate with General Motors. The GM Theta platform was taken as the basis, common with Chevrolet Equinox, Pontiac Torrent, Opel Antara SUVs.

The North American version used a 2.5 or 2.7 liter V6 petrol engine. The platform is rear-wheel drive, with the option of all-wheel drive. The UK also offered a version with a 2.0-liter diesel engine. In Europe, the model was called Suzuki Grand Vitara XL-7 and was sold with a 2.7-liter engine H27A V6 173-184 hp.

Sales in the US were estimated at up to 20 thousand a year, XL-7 was the cheapest three-row SUV. Received the Consumers Digest “Best Buy” award in 2003 as one of 5 compact SUVs.

In 2003, the model was modernized, changing the appearance, including headlights and radiator grille.

In 2006, the world saw the second generation. The marketing campaign was aimed at people who did not want to be behind the wheel of a large crossover, but needed a lot of passenger space. In the oversaturated segment, the Suzuki XL-7 offered compact size, affordable price and the ability to accommodate seven passengers.

The car was equipped with a 3.6-liter V6 petrol engine with 256 hp. Unlike the previous model, the car is no longer seven-seater. A third row of seats as well as all-wheel drive were available as an option. 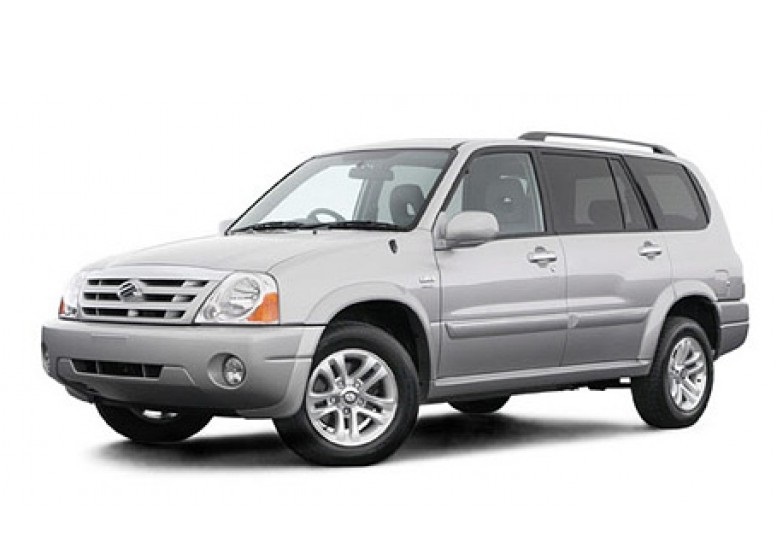