Suzuki Every – is a one-box mini vehicle manufactured and sold by Suzuki (Suzuki Motor Co., Ltd. before September 1990).

Originating from the Carry Van that appeared in 1964, the name “Every” appeared as a sub-brand name in 1982, and in 1993 the brand was organized into the light truck “Carry” and the light one-box “Every”. The lineup includes passenger cars with 5 number registration and commercial vehicles with 4 number registration. The commercial vehicle is called EVERY, and the passenger car is called EVERY WAGON (introduced in 1999). As of 2020, it has a history of 51 years in the 7th generation (but 33 years in the 6th generation excluding the carry van), and is the fourth longest-lived name among mini vehicles.

In addition, licensed production is also being carried out outside Japan, and from Daewoo National Car (currently GM Korea), the second generation (9th generation in Carry) is “DAMAS” (Carry truck is “LABO” ) ”), Both of which are still produced in Korea and Uzbekistan (GM Uzbekistan), but Damas has undergone a facelift and has evolved into the“ Daewoo II ”(via its Daewoo National Car). It is also sold as “Chevrolet CMV” in South America).

Full model change for the first time in about nine and a half years.

The engine is replaced with R06A type (“JOIN turbo” is the intercooler turbo specification of the same engine) equipped with VVT on the intake side. As for the transmission, the NA car replaces the conventional 3AT, and an AMT auto gear shift (AGS) car that automates the clutch and shift operation based on 5MT is newly set. The turbo car has improved 4AT and optimized the torque capacity of the transmission. In addition to expanding the range of use of high-strength steel plate for the body, the weight of the engine, suspension, interior and electrical components has been reduced by 40 kg for the 5MT vehicle. As a result, fuel efficiency has been improved, and the NA / 5AGS vehicle has achieved the “2015 fuel efficiency standard + 20%” for the first time in a light cab van, and the NA / 5MT vehicle has achieved the “2015 fuel efficiency standard”. The “2005 emission standard 75% reduction level (☆☆☆☆)” has been expanded to include NA / 5MT vehicles in addition to NA / 5AGS vehicles and has been certified. 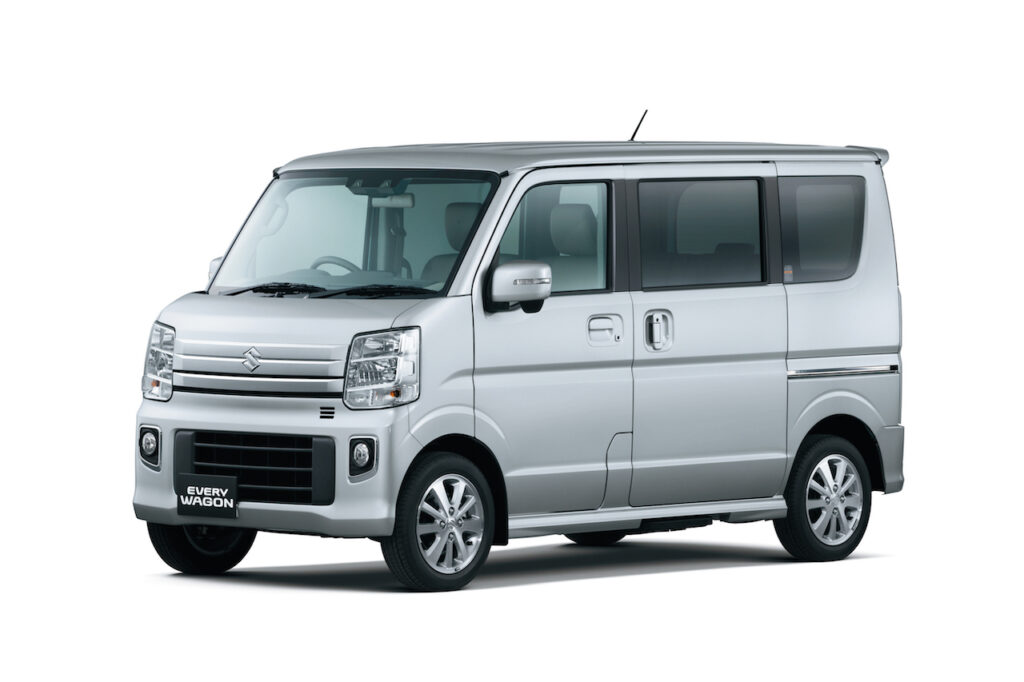