The Infiniti QX70 is an executive crossover produced since 2002 by Nissan under the Infiniti brand. Until 2014, it was called Infiniti FX. The FX succeeded the Infiniti QX4, a midsize SUV, although the Infiniti QX4 was smaller than the FX. It is built on the FM platform, like the Nissan 370Z rear-wheel drive sports coupe. Since 2008, the second generation has been produced. Infiniti FX is sold in Japan, but only with the right wheel.

The Nissan Murano, similar in size, was built on the D platform, as was the front-wheel drive Nissan Altima. The FX and Infiniti QX56, sharing a platform with the Nissan Armada, were not sold in Japan.

Since the 2009 model year, the second generation of the FX, known as the FX35 and FX50, began to be produced.

In 2017, the production of the car was discontinued. In the same year, the last silver QX70 rolled off the assembly line.

Produced in variations FX35 and FX45. The FX35 is available in two transmissions, RWD and AWD. Both are available in combination with the VQ35DE 3.5-litre 24-valve V6 petrol engine with an aluminum alloy cylinder head and an electronically controlled throttle servo system. The engine uses molybdenum coated low friction pistons with continuous variable valve timing which partially optimizes valve opening. The engine also uses electronic ratio control of the main gear pair, with five speeds of automatic shifting and a manumatic shift mode that includes the option of sequentially selectable gears and matching downshift mode. 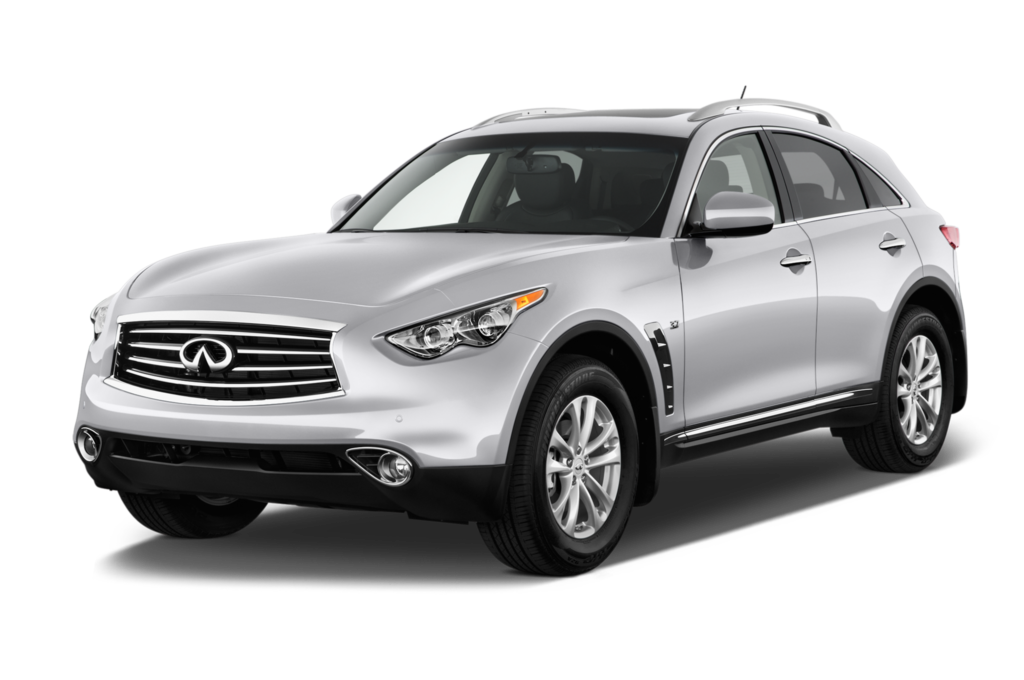