The Infiniti M30 coupe, introduced to the North American market in 1989, was one of the first car models of the newly created brand. In fact, it was a modified Nissan Leopard for the Japanese market, but with improved equipment and a different power unit.

A three-liter V6 petrol engine with a capacity of 162 hp was installed on the car, which was paired with a four-speed automatic gearbox. The car had rear wheel drive.

In 1991, a convertible version appeared on sale. Due to low demand, the Infiniti M30 left the market already in 1992, and the letter “M” disappeared from the brand’s lineup for more than 10 years.

In 2002, production of the Infiniti M45 model began at a plant in Tochigi, Japan. It was a full-size five-meter sedan, which is a copy of the Nissan Gloria model. But unlike the Gloria, which was equipped with six-cylinder engines, the Infiniti M45 had a V8 4.5 engine with a capacity of 340 horsepower. The gearbox is a five-speed automatic, the drive is rear. The release of the sedan continued until 2004, the car was sold only in the US market.

An all-new M-series sedan was introduced in 2005. This time, the Japanese model Nissan Fuga of the first generation served as the “donor” of the design. The car had two modifications: Infiniti M35 with a V6 3.5 engine (280 hp) and M45 with a V8 4.5 engine with 335 horsepower, and in both cases the drive could be either rear or full. In 2009, the Infiniti M35 was upgraded: the car received a new seven-speed automatic transmission, and engine power increased to 303 hp. from. The all-wheel drive M35x, as well as the M45 and M45x, continued to be equipped with the same five-speed automatic transmissions. 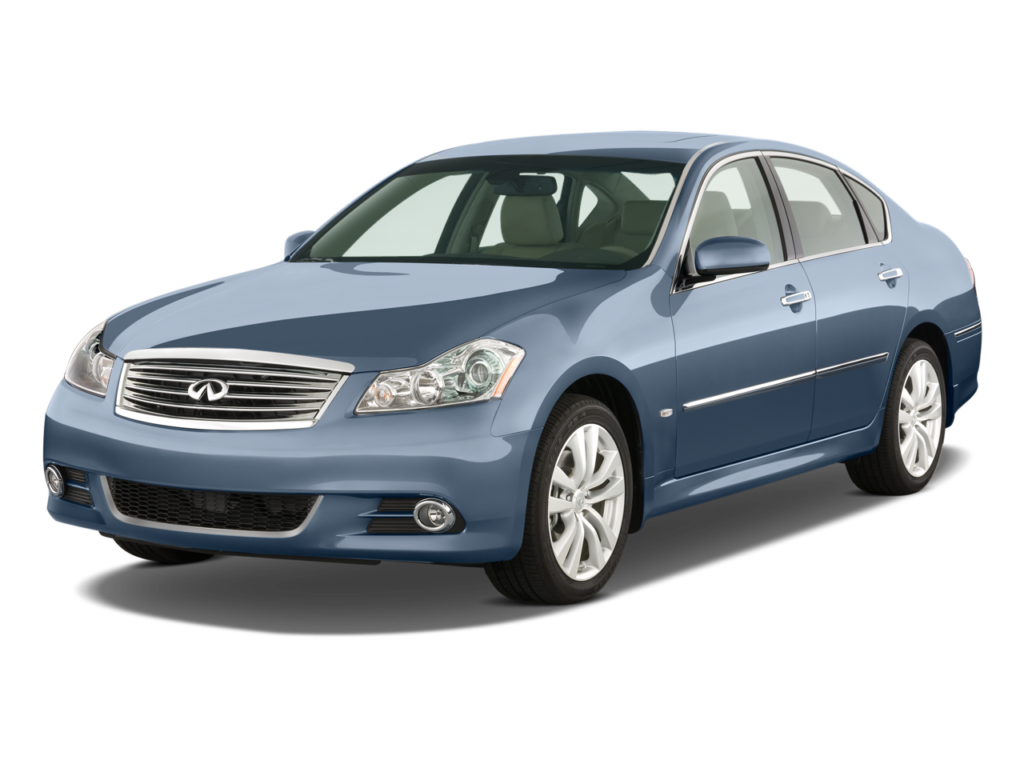