Infiniti QX60 (until the summer of 2013 it was called Infiniti JX) is a seven-seater mid-size crossover, presented by the division of prestigious cars of the Japanese automaker Nissan – Infiniti, in April 2012 in the US as a model of the 2013 model year.

The concept version debuted in 2011 at the Pebble Beach Concours d’Elegance, and the production model was presented at the 2011 Los Angeles Motor Show. The car is based on the extended platform of Nissan Murano. The JX is also Infiniti’s first mid-size crossover with three rows of seats. In 2012, Nissan announced that the mid-size Nissan Pathfinder SUV will also be on the same platform as the JX 2013 model year.

The leaders of the luxury segment are Acura MDX and Audi Q7, but Infiniti JX is not inferior to them. To improve safety and comfort, Infiniti has equipped the car with the latest technology. One of the brightest innovations of the car was the system of the prevention of collisions at reversing. It will warn the driver if an object is found behind the car. The same system is able to stop the car in the absence of a reaction from the driver. Continuing the innovative list, we should mention the smart cruise control, which is actively involved in the movement of the car. Another novelty was the distance control system.

The second-generation Infiniti QX60 will go on sale in the fall of 2021. 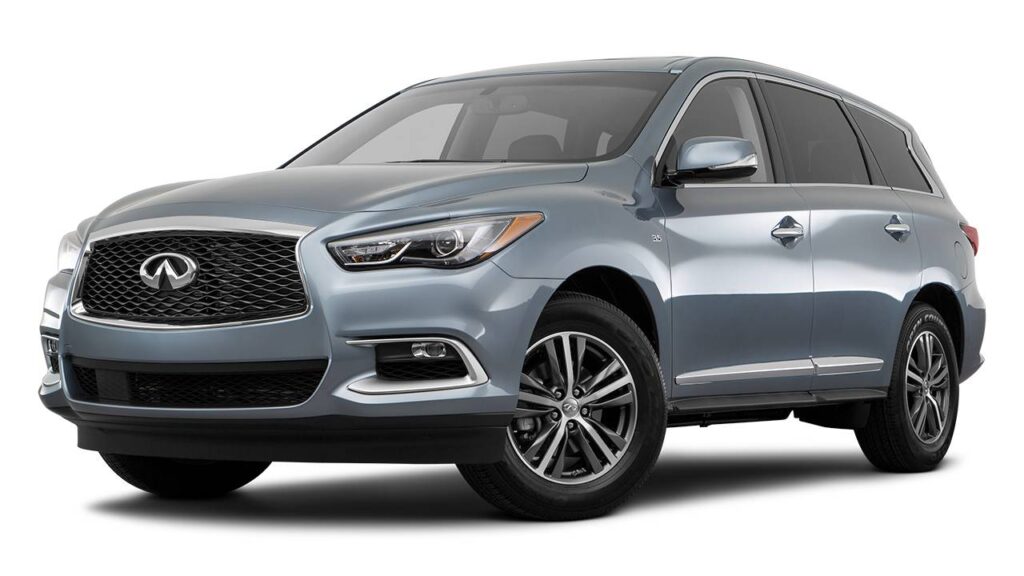