The Infiniti EX crossover was created, first of all, in the calculation of the American market for competition with BMW X3 and Acura RDX models. The production of the car began in Japan in 2007, at home this model was sold as Nissan Skyline Crossover.

Infiniti EX was created by the Nissan FM platform with the longitudinal location of the power unit, on the same basis was created, for example, the Infiniti G. sedan. In most countries, the car was offered only with a complete drive, but the American market was also a rear-wheel drive.

Initially, the crossover was offered with the engine V6 3.5 with a capacity of 302 liters. from. and a five-speed gearbox. Later, the model range was replenished with a version of Infiniti EX25, equipped with a 2.5-liter V6 engine with a power of 222 forces, an automatic transmission for such machines was seven-step.

In 2013, the infiniti EX35 modification was replaced by the EX37 modification, under the hood, which stood the V6 3.7 engine, which develops 330 liters. from. A pair with a seven-step automatic box. An option with a three-liter turbodiesel sold only in Europe.

The Infiniti EX crossover is considered the world’s first serial machine equipped with a circular survey cameras, and another feature of the car has become a special self-healing paintwork, tightening small scratches. 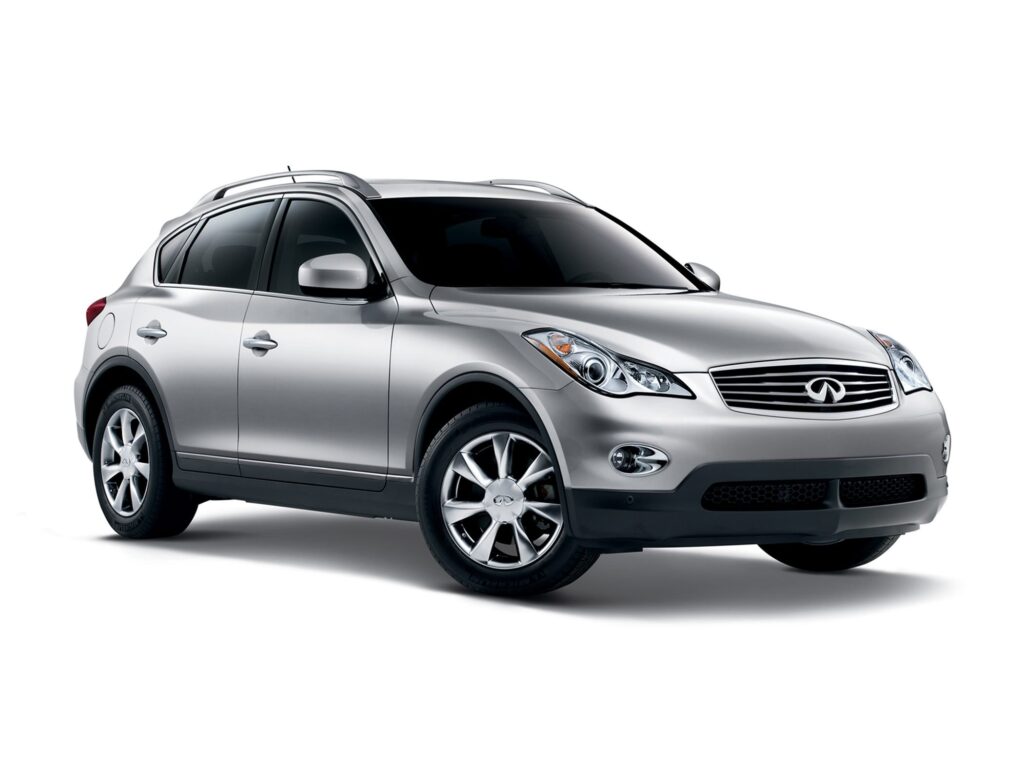