Honda Insight is a front-wheel-drive hybrid car manufactured by Honda in 1999 in three generations.

Based on the Honda J-VX concept car, the Insight was introduced in Japan in November 1999 with an integrated Honda Assist system. In December 1999, it became the first production hybrid car sold in the United States. The Insight was assembled at the Honda plant in Suzuki, where the Honda NSX and Honda S2000 were also assembled.

It has a compact hatchback body, an unusual design, which is due to the requirements of aerodynamics and economy, made of aluminium, which allowed to keep the weight of the car within 840 kg.

Equipped with a hybrid IMA system consisting of an internal combustion engine and an electric motor located on the crankshaft. The internal combustion engine is a three-cylinder gasoline engine ECA1 I3, volume 1.0 litres, 70 hp, with direct fuel injection, variable phases of distribution and pistons with a vortex combustion chamber, which allows you to work on a depleted mixture. Collectors electric motor with a capacity of 13 hp is connected at active acceleration, and at braking works as the generator, charging Ni-MH accumulators.

The second generation was presented at the Paris Motor Show in 2008. The car became a five-door and five-seater. A hybrid power plant with a capacity of 13 hp works in pair with the internal combustion engine of 1,3 l LDA 98 hp and turns on when accelerating and at low speeds. Power is provided by nickel batteries located under the trunk.

Tests have shown that despite the use of a simplified hybrid installation, the new Honda Insight model consumes about 5.35 litres of fuel per 100 km, which is not much inferior to the more perfect Toyota Prius 2009 model year. Observers also note that despite the use of advanced hybrid technology in the Insight, as in the Prius, carbon dioxide emissions are higher than some economical diesel engines and exceed 100 g / km.

On December 20, 2017, photos of the third-generation Honda Insight concept car, which debuted at the Detroit Motor Show on January 15, 2018, are presented on the Internet. The car received a sedan body. In the model range, the new Insight will take place between the Civic and Accord. Beneath the four-door body hides a global platform from the tenth Civic with McPherson struts at the front and a multi-link spring suspension at the rear. The Insight body is reinforced by the Advance Compatibility Engineering (ACE) architecture with extensive use of high-strength steel. The hood is made of aluminium.

The third-generation front-wheel-drive Honda Insight is equipped with a hybrid i-MMD powertrain, which includes a 1.5-litre Atkinson-cycle gasoline engine, electric motor and lithium-ion battery pack. Total power – 153 horsepower and 267 Nm of torque. Fuel consumption in the city cycle is 4.28 litres per 100 kilometres. The car accelerates to 100 km / h in 7.7 seconds. Using only an electric motor, the Insight can travel about 1.61 kilometres. The lithium-ion battery is installed under the rear sofa, but on one electric train, it is fashionable to travel only 1.6 km. The driver has a choice of three modes Normal, Econ and Sport. Honda Insight comes standard with LED headlights and daytime running lights, 16-inch wheels, heated side mirrors, a seven-inch digital dashboard, a button-start engine and a six-speaker audio system. 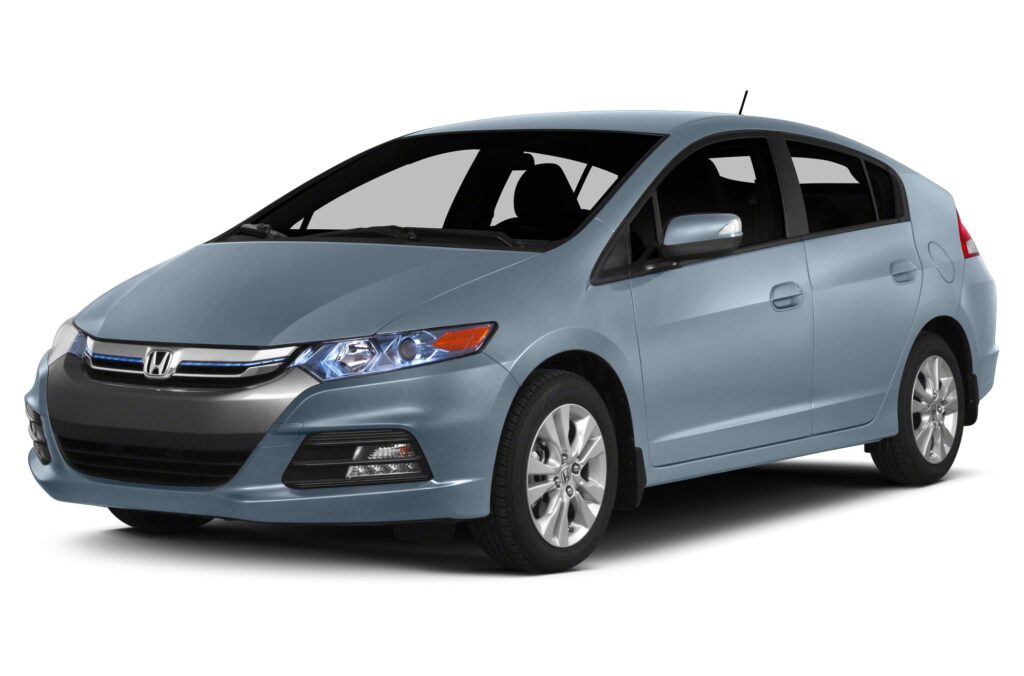