The purpose of these Honda CR-V PDF manuals is to help the owner use the vehicle to its full potential.

This can be achieved in several ways. First of all, you will be able to understand which of the parts of the car requires maintenance or repair and assess the possibility of doing this on your own.

The manuals provide detailed illustrated descriptions of various components and mechanisms of the vehicle. All maintenance and repair procedures are described step by step and illustrated.

It also provides the most common Honda CR-V malfunctions and how to find and fix them.

Some procedures take so little time that it is easier to do it yourself than to sign up for a service station, drive the car there, and then pick it up. You can save not only your time but also money.

Here is a little background information about Honda CR-V

Honda CR-V is a compact crossover manufactured by Honda since 1995. The abbreviation CR-V for European markets stands for Compact Recreational Vehicle. For Japan – Comfortable Runabout Vehicle.

Production of the CR-V for international markets began in Sayama (Japan) and Swindon (UK). In 2007, they were joined by a North American plant in East Liberty, Ohio, in 2007 a plant in El Salto, Mexico, and in 2012 in the Canadian province of Ontario. CR-V is also held in China, at the facilities of the joint venture Dongfeng Honda Automobile Company – cars designed for the domestic Chinese market.

The Honda CR-V is located between the compact Honda HR-V and the full-size Honda Pilot in the model range. Currently, the Honda CR-V is sold in the United States, Canada, Ukraine, Europe, Malaysia, Indonesia, Japan, China and Latin America.

The Honda CR-V first appeared in Japan in 1995 – the first crossover of the Japanese company of own development. A year later, the creators showed a North American version of the car at a motor show in Chicago. The car is based on the platform of the fifth generation Civic sedan. Drive – front or optional all-connect (4WD Real Time), with a hydraulic clutch in the rear axle, two hydraulic pumps and a transfer case (DPS). Initially, it was equipped with a 128-horsepower 2.0-liter engine of 180 Nm.

The second generation CR-V (chassis code RD4-RD7) went on sale in 2002 and for the first time in the history of the model received a 2.4-liter K24A1 engine with 163 horsepower and 220 Nm of torque. However, it was offered only for the American market – others were equipped with a 2.0-liter, which was soon joined by a 2.2-liter turbodiesel (140 horsepower and 340 Nm). Options were available with front-wheel drive or both axles (the scheme has not changed). From 2002 to 2006, almost 760,000 crossovers were sold on the North American market.

The third generation Honda CR-V was launched in late 2006. Suspension schemes have not changed, but engineers have readjusted them, which should have reduced the beaks when braking. The Japanese installed softer silent blocks, and the rear anti-roll bar added one millimeter in diameter (19 mm in total). The body is brand new. The spatial frame uses more high-strength steel, which increased torsional rigidity by 85%. The most powerful engine was equipped with the American version of the CR-V – P4 2.4 liter 166 hp. and 220 Nm. Only a new five-band “automatic machine” was aggregated with it. In Europe, customers were offered modifications with a 2.0-liter i-VTEC engine (150 hp and 190 Nm, “mechanics” or “automatic”) and a 2.2-liter turbodiesel (140 hp, 340 Nm, manual transmission). The third-generation car was more popular than its predecessors, which led to the establishment of production at additional plants in the United States, Indonesia, Mexico, Vietnam and Thailand. Traditionally, the most important market has become the United States – from 2007 to 2010 there bought 811,367 crossovers.

In 2012, the fourth-generation Honda CR-V was introduced. The car became larger in size. The front axle is still equipped with McPherson struts. But springs and shock absorbers with more comfortable characteristics, the strengthened subframe, the increased angle of a caster and the reconfigured geometry that in turns the internal wheel remained in vertical position for the best coupling with road are established. The rear suspension instead of double wishbones is equipped with a compact multi-link (three levers per wheel).

The fifth generation Honda CR-V debuted in Detroit in October 2016. Sales began on December 21, 2016. The car is based on the 10th generation Honda Civic. The car is equipped with front or all-wheel drive, 2.4-liter gasoline engine Earth Dreams with 186 hp. or a 1.5-liter turbo engine with 193 hp, paired with a CVT variator. Also available is a diesel version of the 1.6-liter i-DTEC with 160 hp, running on 9-speed. ZF 9HP automatic transmission.

The luggage compartment in the test Honda CR-V was one of the largest in its class – 589 liters, with the second row folded and loading on the roof – 1,669 liters. 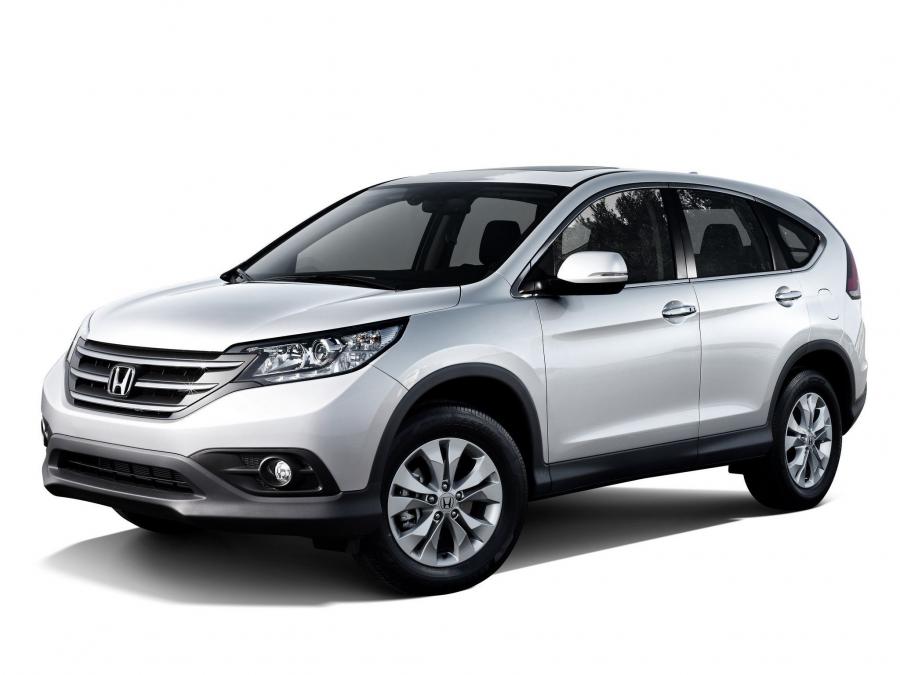