Here is a little background information about Honda Concerto

The car was front-wheel drive. The all-wheel-drive version of the Concerto was also available in Japan. These developments later formed the basis of the Honda CR-V, developed on the Civic SUV platform.

The only major difference between the British and Japanese Concerto is the front suspension: the version produced in Longbridge was equipped with a McPherson suspension, and the Japanese – a suspension with a double wishbone.

Concerto was positioned as a larger and more prestigious model than the popular Civic. The design of the Concerto resonated with the older model Honda Accord (Honda Ascot in Japan) 4th generation.

Production of the Concerto sedan lasted until 1993, and in 1994, after the acquisition of Rover by BMW, Honda stopped producing the Concerto in the UK. The Concerto in Japan was replaced by the Domani, which became the basis for the subsequent Rover 400 and Rover 45. In Europe, the 5-door hatchback and Domani began to be sold under the name Civic to avoid different names in the mid-size segment.

In Japan and other Asian / Australian countries, the Concerto was also available with a 1.6-liter SOHC equipped with a dual carburetor. 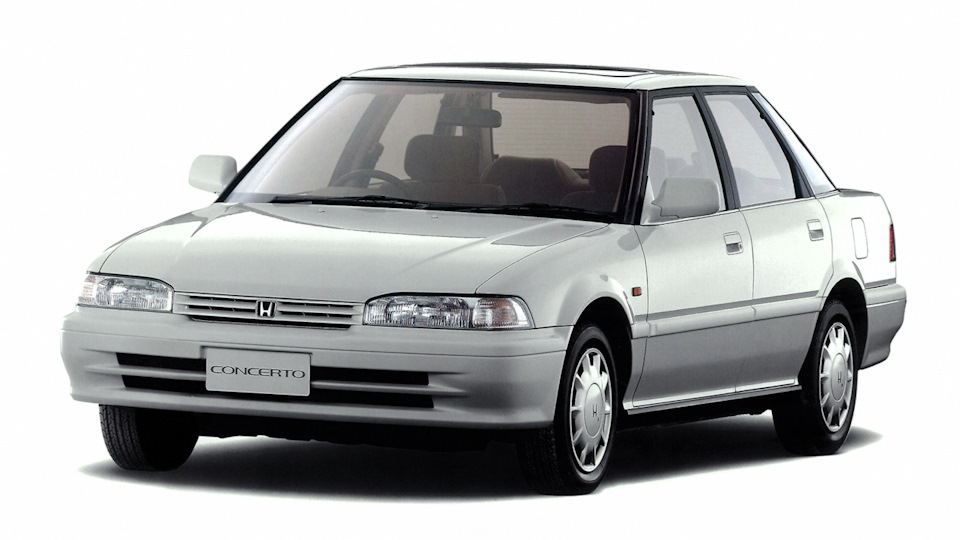