The Honda Elysion is a seven- or eight-seater minivan that was originally sold only in Japan as a competitor to the Toyota Alphard and Nissan Elgrand. The car is similar to Honda Odyssey. The manufacturer is the Japanese concern Honda, the car was first demonstrated as a Honda ASM concept at the Tokyo Motor Show in October 2003 and launched on the Japanese market on May 14, 2004. It has been available since September 29, 2005 with a changed appearance.

Since 2015, the second generation is produced, which is born only in China. In the Japanese market, the model was replaced by the Honda Odyssey, which is an analogue of the Honda Elysion for the Chinese market.

The Honda Elysion is equipped with three petrol engines with a 5-speed automatic transmission. The 2.4-liter (160-horsepower, direct injection) K24A is an in-line 4-cylinder unit, while the 3-liter (250-horsepower) J30A and 3.5-liter (300-horsepower in front-wheel drive configuration and 279 – in all-wheel drive) J35A – representatives of the class of V-shaped 6-cylinder engines. The minivan with a 3.5-liter engine received its own name Honda Elysion Prestige (produced from 2007 to 2012). All three engines are equipped with the i-VTEC system, and the V-shaped ones also have a Variable Cylinder Management mechanism, which can periodically turn off half of the cylinders to achieve better fuel efficiency.

The 3.0-liter engine is borrowed from the Honda Inspire sedan, and the 2.4-liter from the CR-V, the 3.5-liter unit is also present on the Honda Legend. In addition to front-wheel drive, there are also all-wheel drive modifications of the Honda Elysion and Honda Elysion Prestige (since 2007). 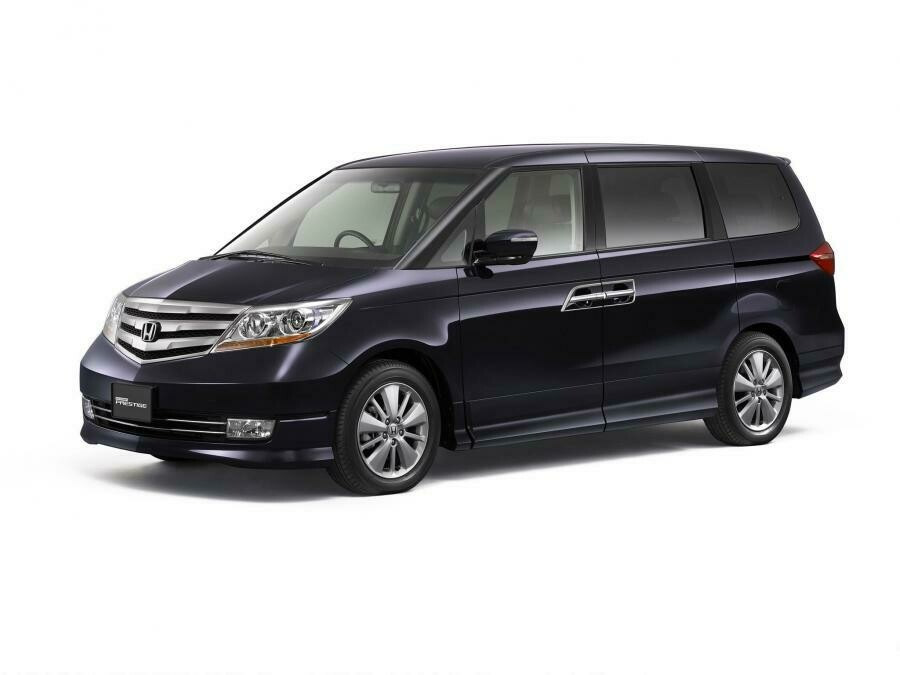