Honda Acty is the name of a range of vans from the Japanese automaker Honda, which are mainly intended for the domestic market. In Japan they are classified as Kei cars, that is, cars with low overall weight and small displacement. The equipment of the Honda Acty is rather spartan, but the possible body variants are diverse as pick-up trucks in Japan called pick-ups, panel vans and minibuses.

Because of the technical framework for the Kei-Cars that had been newly established by the Japanese government, a successor to the Honda TN 360 with its air-cooled engine, which had been built since 1967, was overdue.

The Acty appeared in 1977 with a water-cooled engine. The concept of the lying mid-engine in front of the rear axle was adopted from the Honda TN 360. The newly developed two-cylinder engine now had 545 cm3 and developed 21 kW (28 hp). In 1979 the range was supplemented by the bus and later by a closed delivery van, which was also available with a high roof. From 1981 there was the Honda Street, a luxuriously fitted Acty minivan / minibus. From 1982 the Acty could be ordered with an automatic transmission and from 1983 it was offered with all-wheel drive on request.

In 1988 the Acty appeared in the 2nd generation and with a larger vehicle length. This is how Honda reacted to the rules for kei cars that were changed in 1984. The engine was again redeveloped and now had three instead of two cylinders. A new version of the Honda Street was also available again.

The Acty was thoroughly redesigned because the 1988 model did not fully exhaust the capacity and vehicle length limitations. From the year of construction 1990 the Acty was equipped with a new engine (E07A). A 3-cylinder four-stroke engine with 656 cc. This engine was used in all Honda kei cars of the time.

A new model, the Acty Crawler, was added to the range in 1995. This version not only had caterpillar chain drive on a tandem rear axle, but was also a tipper at the same time.

In 1996 the tried and tested E07A engine was equipped with PGM-FI gasoline injection, which resulted in an increase in output from 28 kW (38 hp) to 32 kW (44 hp). Technically, the models remained unchanged.

In 1996, the Japanese government again issued new regulations for vehicle dimensions in the kei car class, whereupon the Acty was revised again in 1999 and presented as the third generation. Above all, the wheelbase was changed because the crash behavior was improved and the loading area would have been higher. The maximum engine output increased from 28 kW (38 PS) to now generally 34 kW (46 PS). The Honda Street has been replaced by the Vamos. The curb weight is given as 800–870 kg.

Unlike the previous generations, the all-wheel drive version could now also be equipped with an automatic transmission.

In 2009 the production of the pick-up ended while the van / minibus is still in production, but now with all-wheel drive, automatic transmission and 39 kW (53 PS).

In 2009, the fourth generation was presented at the 41st Tokyo Motor Show. The semi-front control arm type of the third generation was returned to the square front control arm type and the wheelbase of the second generation. This increased the steering angle of the front wheels and reduced the turning circle to 7.2 m, as well as improving legroom. The curb weight is given as 760–820 kg. The engine is identical to that of the predecessor, but uses at least 5% less fuel in all variants due to the lower vehicle weight. All-wheel drive is only available in combination with a manual transmission. In addition to ABS with EBD, double airbags are standard. 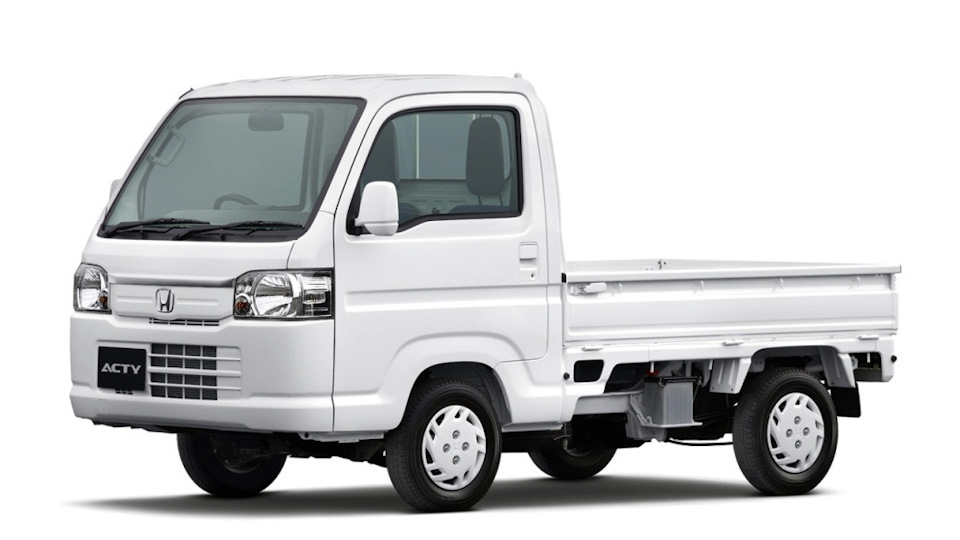