Here is a little background information about Honda Crosstour

Honda Crosstour is a full-size crossover manufactured by Honda. Sales of the car began in November 2009 as the 2010 model year, and in the 2015 model year due to low sales, its production was discontinued. The car was originally sold and was known as the Accord Crosstour. Along with the Honda Element, which was produced until 2011, Crossstours were a pair of crossovers Honda HR-V 2016 model year.

Honda Crosstour in the line of SUVs and SUVs Honda took a place below the Honda Pilot, being smaller in size. The Honda Crosstour was longer, but had two rows of seats compared to the Pilot’s three, and had about 4.6 m2 less interior space.

The Honda Crosstour was a variant of the Accord car in a hatchback / station wagon body and is built on the same platform. The car was equipped with a 3.5-liter V6 engine and drive either only on the front wheels or all-wheel drive. Prices started at $ 29,670, which was higher than the price of the Accord sedan (which started at $ 23,000).

In the 2012 model year, Honda removed the “Accord”, and the model became known simply as “Crosstour”. At the same time the radiator grille was changed. The in-line four-cylinder engine for front-wheel drive models began production in late 2011 and will go on sale in early 2012.

Honda Crosstour was sold in the United States, Canada, Mexico, China, the Middle East and Southeast Asia. In China, the car is assembled and sold by GAC-Honda since October 2010.

In the 2013 model year, Honda updated the Crosstour. The Honda Crosstour concept car was presented at the New York International Motor Show in April 2012. The updated Honda Crosstour went on sale on November 20 with a reduced price of $ 500 along with an increase in basic equipment. The interior has been changed, there is a more powerful and economical V6 engine combined with a 6-speed automatic transmission, which replaced the previous V6 and 5-speed automatic. Fuel economy was improved, to 11.8 / 7.8 / 10.2 liters per 100 kilometers (city / highway / mixed) for front-wheel-drive models and 12.4 / 8.4 / 10.7 liters per 100 kilometers for all-wheel drive. models. Inside, the driver’s seat has a 10-band electric adjustment, the standard includes automatic dimming of the rearview mirror.

On April 8, 2015, Honda announced the cessation of production of the Honda Crosstour at the end of the 2015 model year due to low sales. The last car left the factory on August 31, 2015. Another factor in Honda’s decision is the need to free up space on the production line for the 2017 Honda CR-V, Acura RDX and Acura MDX. 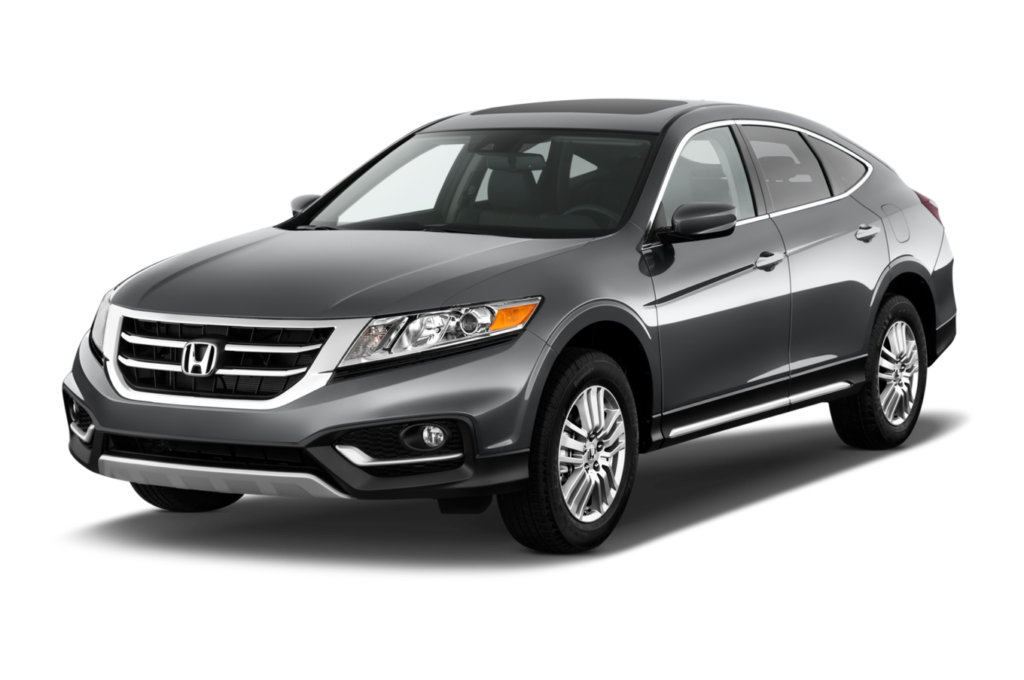