The first Dodge Durango was released in 1998. The car is based on the Dodge Dakota pickup truck, from which the stepped frame was taken. The formidable appearance was supported by considerable dimensions (4910 × 1820 × 1850 mm) and engines with the significant name Magnum – V6 3.9, V6 4.7, V8 5.2 and V8 5.9 with a capacity of 175 to 250 horsepower. There was one gearbox – only a four-speed “automatic”. But there were modifications with rear-wheel drive and all-wheel drive. Production of the car was discontinued in 2004, but it was the “first” Durango that peaked sales: in 1999, more than 189,000 such cars were sold in the United States.

Built on the platform of the Jeep Grand Cherokee 2011 model year. The car received a load-bearing body and a completely independent suspension of all wheels. The obsolete PowerTech engines were replaced by a new 3.6-liter Pentastar with 287 hp and a 5.7-liter Hemi VVT V8 with 364 hp. improved efficiency.

In 2014, the car was modernized, changing the appearance and equipment.

In 2016, to improve efficiency, this SUV was equipped with a start / stop system. The Uconnect infotainment system has become more functional. And the Sport model has been specially designed to increase driving dynamics.

From the end of 2017, Durango is available in the SRT version. The car is equipped with a 6.4-liter Hemi V8 petrol engine with 481 hp. 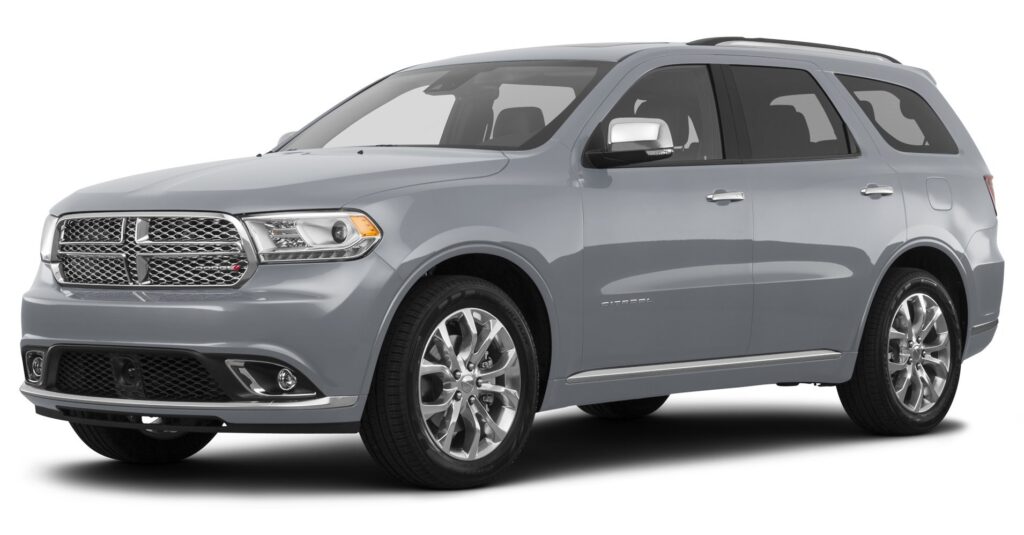