The Citroën e-Méhari is an electric convertible produced by Citroën from 2016 to 2019. It is the successor and descendant of the Méhari. Based on the Bolloré Bluesummer, it displays a front end inspired by the Citroën C4 Cactus M concept car unveiled at the 2015 Frankfurt Motor Show.

The e-Méhari was unveiled on December 7, 2015 during the COP 21 and it was seen on a poster called #ElectronLibre, a few days before its presentation.

It is above all an image car for the Citroën brand in order to affirm the new direction of the brand after the separation from DS Automobiles. It marks the desire to design cars with a daring style and foreshadows the style of the following Citroën models (Citroën C3 III and Citroën  C3 Aircross). It was designed under the direction of Pierre Authier.

At the Geneva Motor Show 2016, Citroën unveils a concept of its E-Méhari, the Courrèges in partnership with the famous Parisian fashion house. In September 2017 at the 2017 Frankfurt Motor Show, a final version in black will be unveiled in a limited series and produced in 61 copies. 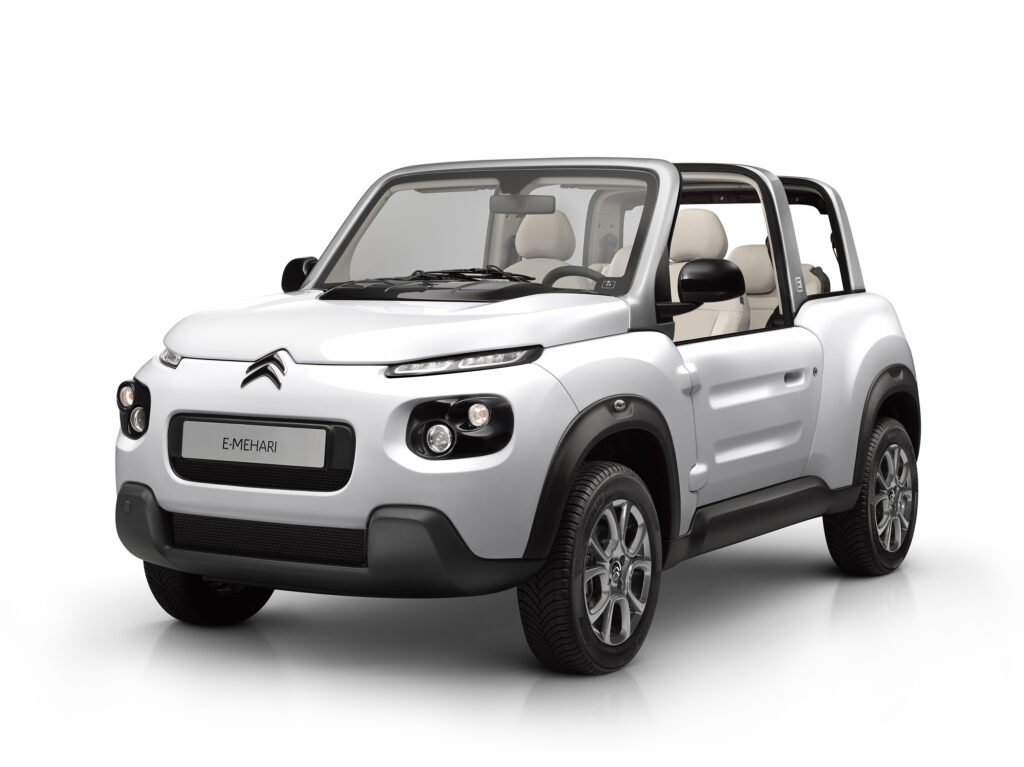