The Citroën AX is a city car designed by the French manufacturer Citroën, produced from 1986 to 1999.

It was also produced under license by automobile manufacturer Proton in Malaysia from 1996 to 2000 and marketed as Tiara1.

The Citroën AX was presented at the Paris Motor Show in 19862. It was the final version of the ZA program – which became COZA from 1980 to 1982 after the introduction and then the withdrawal of a study conducted by Talbot and of the S9 prototype, born in January 1981 as part of a national economy plan launched by the French government in response to the second oil crisis of 1979. Initially, a single-body prototype is envisaged but the public’s mixed reactions during the presentation of a concept car derived from the Eco 2000 lead to favor a more conventional style: 55% of those questioned were hostile to the very concept of a small single-body3.

It is a small, light and aerodynamic 5-seater car (Cx of 0.31, at the time a category record) which was designed with the aim of being easy to live with, economical and inexpensive to produce. and maintenance. The French manufacturer is relying heavily on its new city car to gradually replace some of the brand’s aging models, including the Citroën 2CV and the Citroën Axel, the latter being already doomed to disappear just two years after its release as the failure is categorical and irremediable. 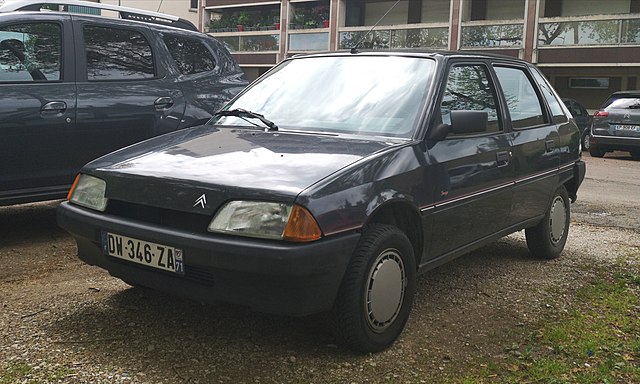