The DS 5 is a 5-door luxury sedan from French automaker DS Automobiles, introduced as Citroën DS5 in 2011 before losing all reference to the chevron brand in 20154 when it became DS 5.

The Citroën DS5 is prefigured by the Citroën C-Sportlounge concept unveiled at the Frankfurt Motor Show in 2005.

The DS5 was presented under the Citroën brand and in the manufacturer’s “DS Line” on April 18, 2011, as a world premiere at the Shanghai Motor Show. First launched in France in November, it becomes the first Citroën produced on the Sochaux5 site. PSA then hopes to produce 35,000 to 45,000 per year in Europe6. From September 27, 2013, production was also established in China7, under the aegis of the joint venture formed by PSA and Chang’an Automobile, which has plans to produce three models of what is still only the “DS line”.

On February 16, 2015, during the Geneva Motor Show, it left Citroën’s DS Line to join the DS range, now an independent brand in the PSA group. The DS 5 took the opportunity to be restyled, mainly at the front, where it inherited the flared grille called “DS Wings” from the DS 5LS and DS 6, and, in its center, the DS monogram instead of the Citroën chevrons.

Marketing of the DS5 was stopped at the beginning of 2018, before the application of Euro 6c standards. 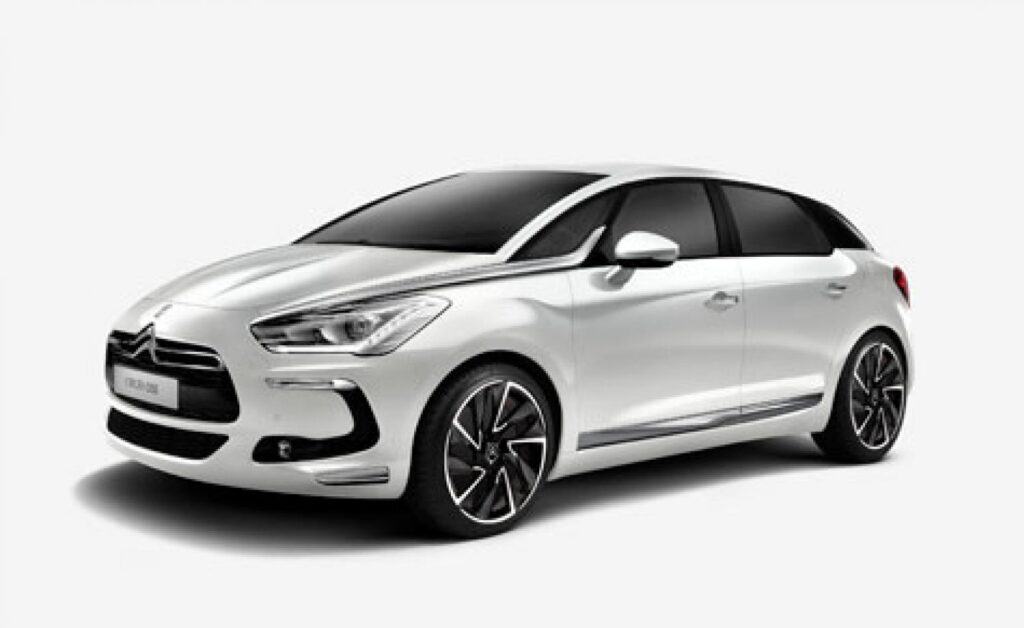