Repair manual for Citroen DS4 will be a great help to any person who, in one way or another, is associated with the operation, maintenance, diagnostics and repair.

These manuals cover Citroen DS4 equipped with 1.4, 1.6, 1.6D, 2.0 liter petrol and diesel engines. They have been produced since 2010 and will undoubtedly continue their brilliant history in the future.

The five-door golf-class hatchback Citroen DS4, based on the second generation Citroen C4 model, began production at a plant in Mulhouse, France at the end of 2010. It was the second model in the “luxury” DS line.

By creating this model, Citroen tried to combine the features of a hatchback, a sports coupe and a crossover in one car. But in fact, the Citroen DS4 was a redesigned C4 hatchback with increased ground clearance (170 mm instead of 135 mm), original lighting equipment and embossed wheel arches. The profile of the car has slightly changed, and the glass of the rear doors had to be made non-lowering. The interior differed only in finishing materials and some details.

The fifth model of the PSA concern in the market segment C, and the third Citroën itself, built on the general modular platform PF2 of 2001.

Pre-production models were presented at the Paris Motor Show in September 2010. Start of sales of the model in Europe – May 2011.

The model belongs to the new Citroën sub-brand – the premium DS brand, created in 2009. Formally, at the time of its launch, the model had no predecessors either in the main Citroën model line or in the sub-brand line itself, in which it became only the second production car after the Citroën DS3.

The model partially replaced the three-door version of the first generation Citroën C4, and although structurally designed as a 5-door hatchback, it was initially positioned as a coupe with 3 + 2 doors.

Compared to the base Citroën C4 II, which is produced in parallel, the DS4 is positioned as a premium model. The development of both models was carried out almost in parallel.

In 2021, the second generation DS4 debuted. The crossover was built on the EMP2 platform. The model will be produced in Rüsselheim (Germany) at the Opel plant.

The car received an adaptive suspension with Active Scan technology from DS7 Crossback. The operating parameters of electronically controlled shock absorbers vary depending on the readings of the camera, which scans the road in front of the car at a distance of 5 to 25 m. Another novelty is the Drive Assist 2.0. The second-level autopilot can keep the DS 4 in the lane on the track and independently overtake at the discretion of the driver. At night or in poor visibility, an infrared camera comes to the rescue, which is able to see 200 m ahead.

The car received matrix headlights, a projection on the windshield with an augmented reality system, an infrared night vision camera and a multimedia system with gesture control. 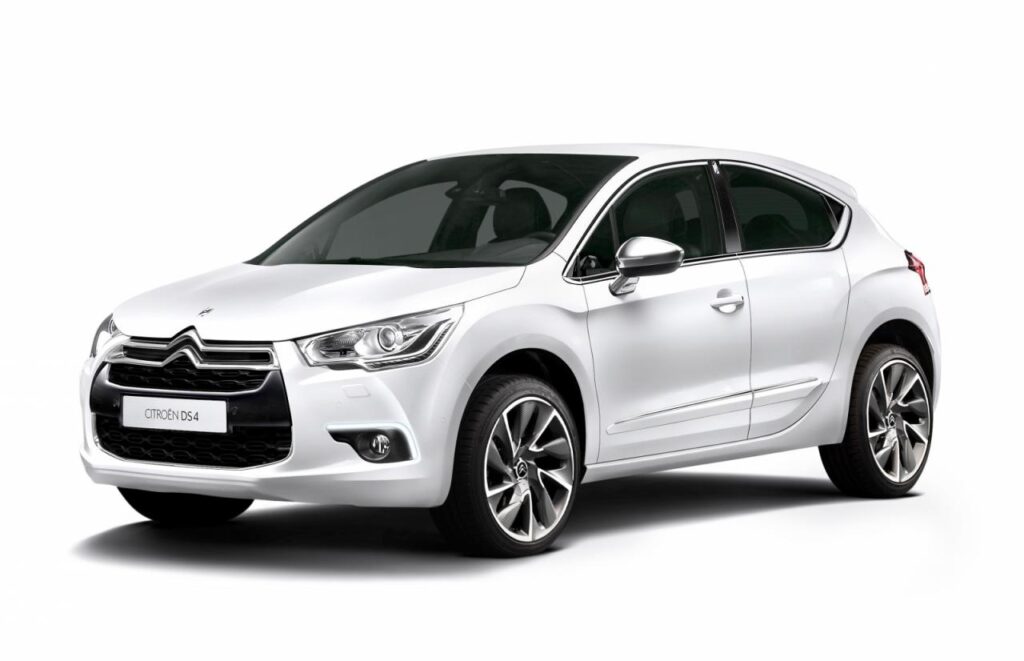