The Acura TLX is a premium sports sedan manufactured by American Honda Motor Co. (Acura brand) since 2014. It was first presented as the work of the Los Angeles-based Acura Design Studio at the 2014 North American International Auto Show in Detroit, USA.

The production version of the Acura TLX was presented at the New York International Auto Show in April 2014, and sales in the United States began in August of that year. The European and Russian premiere of the sports sedan was held in the fall of 2014 at the Moscow International Motor Show 2014. Sales in Russia began in October 2014.

Acura TLX is offered in two versions: With a 2.4 DOHC i-VTEC engine with a power of 208 hp. and a torque of 247 N • m working in tandem with the world’s first 8-speed robotic gearbox (DCT) with a torque converter. The front-wheel-drive version of the Acura TLX is equipped with an enhanced version of the fully-guided chassis (Precision All-Wheel Steer (P-AWS)), which rotates the rear wheels at low angles to improve handling, stability and manoeuvring accuracy.

With a 3.5 SOHC i-VTEC-VCM V6 engine with a capacity of 290 hp and a torque of 355 N • m. The top version of the Acura TLX is equipped with an all-wheel-drive system with intelligent Super Handling All-Wheel Drive (SH-AWD) and a 9-speed automatic transmission. TLX models with a 3.5 V6 engine use an electronic gear selector.

All TLX models are equipped with an electronic parking brake with automatic hold and dynamic stabilization system (IDS) with four modes of operation: ECON, Normal, Sport and Sport +, and a start-stop system is also available for all-wheel-drive versions of the TLX, which improves fuel efficiency V6 engine. As well as the Acura MDX mid-size crossover, the TLX is equipped with Jewel Eye ™ LED head optics.

To get the maximum safety rating, the Acura TLX is equipped with the latest versions of electronic assistants: a strip-off prevention system (RDM), a collision-avoidance system (CMBS), a blind zone indicator (BSI), adaptive cruise control (ACC). 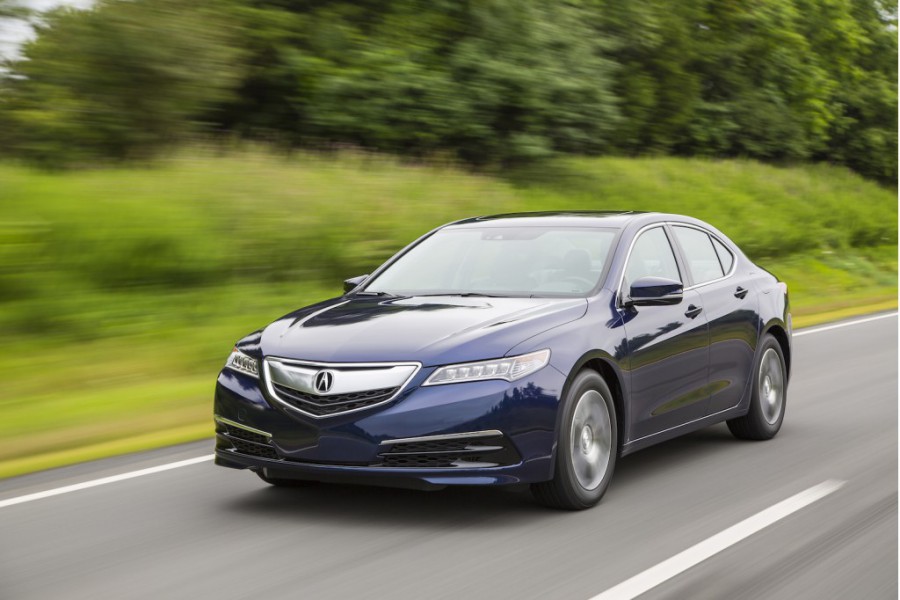