This commercial vehicle looks so interesting and extraordinary that I don’t want to compare it with ordinary vans and minivans, it deserves more. It is no coincidence that it was this German car model that brilliantly won the main prize of a prestigious competition in Amsterdam (in 2005) and took first place, among other things, for commercial vehicles.

Fiat Doblo is known in two versions – as a classic minivan and a truck with a wide range of technical capabilities. There are complete manuals for Fiat Doblò repair. The proposed manuals contain all the necessary information about the structure and operating rules of these machines, their electrical “stuffing”, and also covers in detail the topic of their diagnostics and repairs, both with their own hands in the garage and at the base of a car service, service station.

These service manuals refer to the specified Fiat Doblo models, which have been produced since 2000 and may have different configurations. Attention is paid mainly to models with diesel engines with a working volume of 1.3 litres, 1.9 litres with a capacity of 75, 85, 105 or 120 horsepower.

From these manuls, an indifferent user quickly learns precisely what he needs. The pages of the manual provide general information about the Fiat Doblo, its design and functionality of all components of the car, the rules for driving them taking into account safety precautions. A separate place is allotted to an important chapter – this is the Fiat Doblò operating and owner’s manual with a story about all the user nuances. What follows is everything the master and driver needs to know about checking and adjusting the machine as part of maintenance. There is not only an illustrated description of all procedures to ensure road safety but also a schedule of necessary work.

Fiat Doblò is a compact van that has been represented by the Italian car manufacturer Fiat since 2000.

Fiat has an old tradition of giving all commercial vehicles the names of old coins: Ducato – ducat, Fiorino – florin, and Doblò – respectively, dublon. The multifunctional Fiat Doblò is one of the most successful commercial vehicles in the Fiat model line, since its production began in 2000. Doblò is very rational and incredibly flexible in operation. The car is available in two basic configurations (SX and ESX) and in several body variants, from the utilitarian all-metal van Cargo to the minibus Minibus. Doblò first generation was sold in quantities of more than 300,000 pieces.

The second generation Fiat Doblò was introduced in November 2009. The world premiere took place at the 2010 Geneva Motor Show.

The new generation is made in the form of a cargo van and a passenger minivan. The new Doblò is manufactured in Turkey at the Tofas plant. At the end of 2011, the twin brother Opel Combo D was introduced, which features the Doblò II with other bumpers and a radiator grille.

Doblò II vans exist with two wheelbase sizes and two roof height options. Load capacity is up to one ton of payload, payload from 3.8 m3 by car to 4.6 m3. The passenger version is offered with five or seven seats.

In November 2011, sales of the Fiat Doblo WorkUp pickup began.

At the end of 2014, the twin brother Ram Promaster City will debut in the United States. 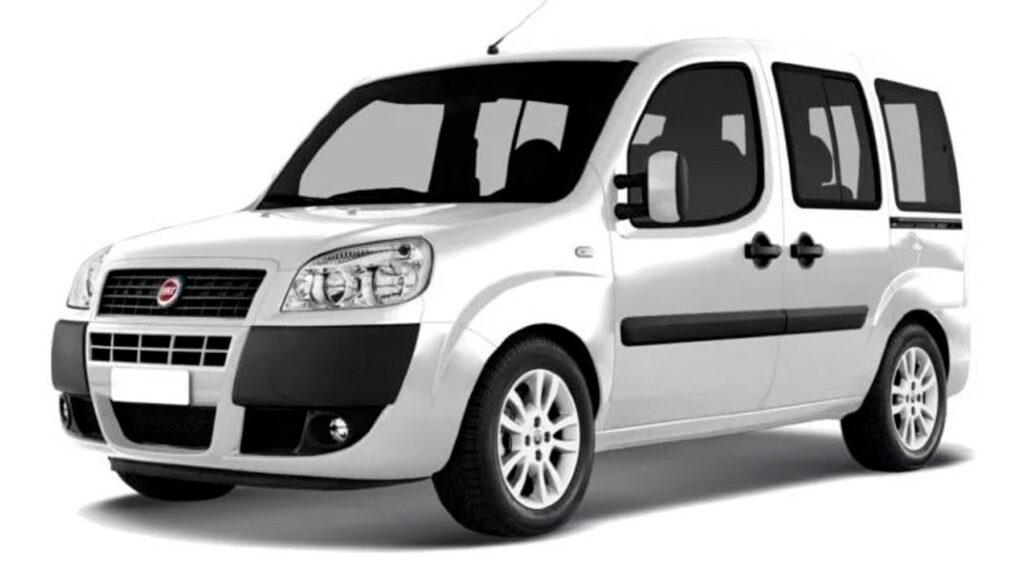