Acura RLX – executive sedan and new flagship Acura lineup, manufactured by Honda. The first information about the new generation Acura RL came from the corporation in December 2011, and then it was not yet reported about the name change, but it was known that the car will be shown in 2012 and that it will be equipped with the old 3.5-litre engine. A prerequisite for the emergence of the RLX was the eponymous concept car, shown in 2012 at the New York Auto Show. Then, in June of the same year, official images of the preparing car were posted on the Internet. In November, at the Los Angeles Auto Show, the final version of the sedan was shown, which is almost the same as its prototype.

The RLX has only 1 engine so far – a 3.5-litre six-cylinder V-shaped petrol unit from the Honda J35Y3 series with a VCM cylinder deactivation system, later other engines should appear. The power of the engine transmits 6-speed automatic transmission. A hybrid installation of a gasoline engine and 3 electric motors with a total capacity of 370 hp should appear later. and average fuel consumption of about 7.9 litres / 100 km. Such a car will have all-wheel drive with a P-AWS (Precision All-Wheel Steer) rear-wheel steering system.

Compared to the Acura RL, the body of the RLX is 52% more rigid at bending and 46% torsional, as the content of high-strength steels in it has increased to 55%. The hood, front subframe and some external panels are made of aluminium. 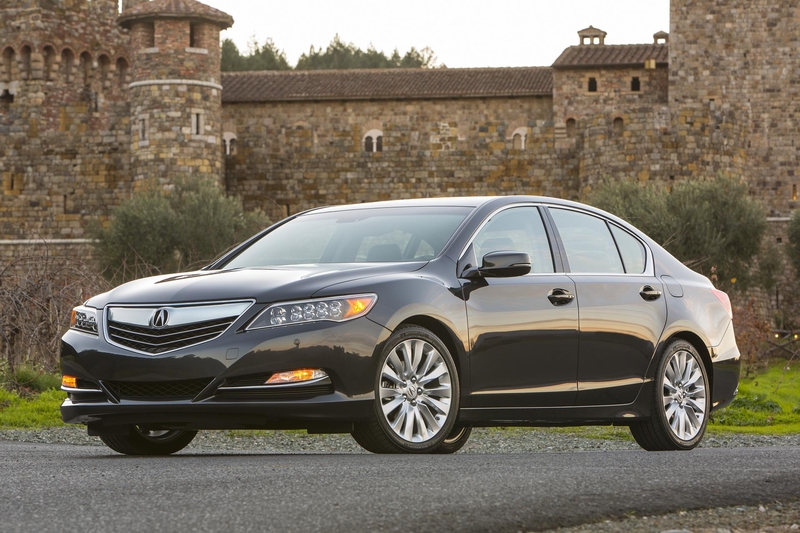