Production of the Oldsmobile Achieva sedans and coupes that replaced the Calais began at the Michigan plant in 1992. The model had front-wheel drive and, with a body length of 4.8 meters, belonged to the class of “compact” cars according to the American classification.

The base engine was an old 2.3-liter four-cylinder engine with a single camshaft (115 hp), but buyers were also offered a more modern version of this engine with two camshafts, developing 155-180 forces. Expensive variants were equipped with a V6 3.3 engine (160 hp), which was replaced in 1996 by a 3.1-liter six-cylinder engine of the same power.

The most power-armed modification is the Oldsmobile Achieva SCX W41 coupe with a 2.3-liter engine boosted to 185–190 hp. With. In 1996, instead of the previous four-cylinder power units, Achieva received a new 2.4-liter engine that develops 150 hp. With.

The car had a manual transmission as standard, but most buyers have traditionally opted for versions with automatic transmissions.

The last Oldsmobile Achieva left the production line at the end of 1997, giving way to the new Alero model. 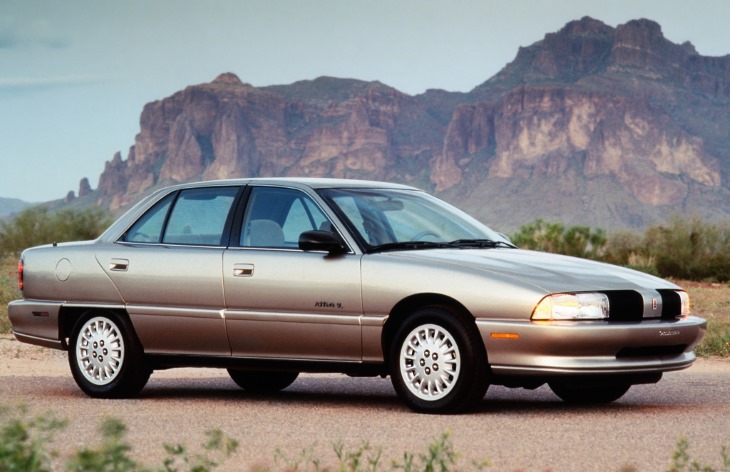