The Suzuki MR Wagon (also known as the Nissan Moco in Japan) is a subcompact van (in Japan, a kei car) by the Japanese automaker Suzuki, produced from 2001 to 2016. In addition to Japan, the first generation car was also produced in India at the Maruti Suzuki plant and was also shipped to Indonesia.

The first generation model went on sale in Japan in December 2001. The car was equipped with a 658 cm³ K6A series engine, which was developed by Suzuki specifically for kei car models. Engine power – 40 kW, torque – 61 Nm. A version with a turbocharger was also available, the power of which has not changed, but the torque is already 84 Nm. Since 2004, the power of the turbocharged version has increased to 47 kW, while the torque has increased to 103 Nm. Transmission – 4-speed manual transmission. In 2005, together with General Motors, a modification of the car powered by hydrogen fuel was presented, but it did not go into the series.

In December 2006, the car went on sale in the Indian market under the name Maruti Suzuki Zen Estilo. Assembly was carried out at the Maruti plant, where the Alto model was assembled. The model was equipped with a more powerful 1.1 liter in-line four-cylinder 16-valve F10D engine with a power of 47 kW and a torque of 85 Nm. In Japan, this engine was installed on the Wagon R model.

In December 2009, the car for the Indian market was restyled. The model name was changed to Maruti Suzuki Estilo.

In 2005, at the 39th Tokyo Motor Show, Suzuki introduced a prototype with the unusual name Mom’s Personal Wagon. This concept has a lot of interesting features: a front sofa (rather than two separate chairs), rear-hinged doors on the passenger side and tables for eating (these are found in most minivan models). In January 2006, the company releases the second generation MR Wagon, based on this prototype. None of the above features made it into the production model, but the production model had its own quirks, such as starting the car without a key. From a technical point of view, the car was identical to the previous one, except that the gearshift lever was located on the center console. 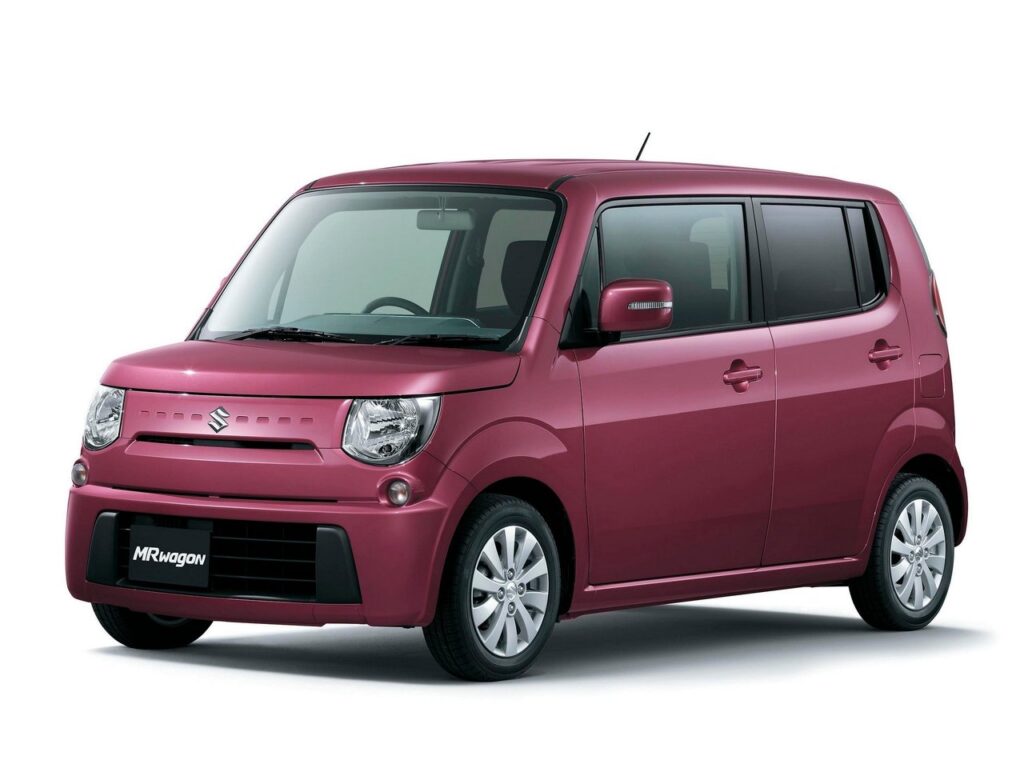