The Lincoln Navigator is an SUV from Ford’s premium brand Lincoln. It is based on the Ford Expedition, but is equipped with higher quality. Similar models from the competition are the Cadillac Escalade and the GMC Yukon.

The first generation of the Lincoln Navigator was introduced in August 1997 as the ’98 model.

The Navigator is based on the Ford Expedition. To distinguish the two models from each other, the body and interior were changed. The radiator grille, the door handles, the wheel arches, the headlights and the rear lights are designed differently. The interior was upgraded with the materials used, such as leather interior, wood trim, more luxurious carpets and a better audio system. The dashboard is the same as in the Expedition.

The second generation of the Lincoln Navigator appeared in 2003.

Although this was still based on the Ford Expedition, it was given a more unique look than the previous generation. The vehicle got a larger radiator grille, bigger more noticeable headlights and some other touch-ups. The interior was also revised and upgraded: the Navigator now had a completely “independent” dashboard, which was modeled on the “dual cockpit” of the 1961 Lincoln Continental. Along with that, it featured walnut wood trim, newly illuminated switches, and an analog clock in a slightly shiny satin-nickel look.

The third generation of the Navigator was introduced in 2007.

It is based on the Ford T1 chassis, on which the Ford F-150 is also based. Completely redesigned, this model clearly stands out from its two predecessors. The most noticeable changes were on the front end, with the huge chrome grille, redesigned headlights and a “bolder” looking hood. But the redesigned rear section also clearly sets itself apart from that of its predecessor. Also new are the many chrome-plated parts, such as the exterior mirror housings or the trim strips on the doors. 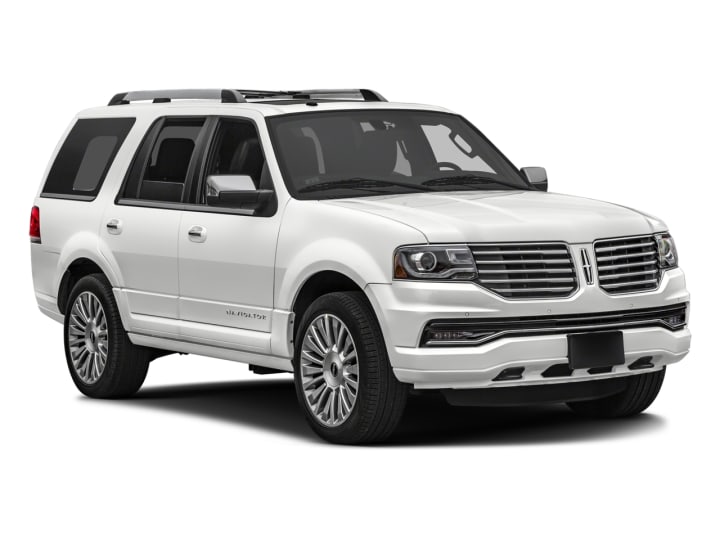