The Lincoln MKS is a mid-size model from the Lincoln brand belonging to the Ford Motor Company and was produced between 2008 and 2016. Like some Volvo models, the MKS was built on the Ford D3 platform. The Lincoln Continental (2016), which has been available to order since November 2016 and will be available from early 2017, took on the role of the largest model in the Lincoln model range.

Lincoln gave a first close-to-production look at the MKS at the Detroit Auto Show 2006. In terms of design, it was a very close-to-production model whose shapes were then almost completely adopted. In 2007, a similar concept vehicle was presented again. Together with the study presented in 2006, there was a first glimpse of Lincoln’s future design. The study was 5.16 meters long and had the 4.4-liter V8 engine with 232 kW (315 hp) and all-wheel drive known from the Volvo XC90.

The production model followed in May 2008. With the discontinuation of the Lincoln Town Car, production of which ended in August 2011, the MKS became the Lincoln brand’s largest sedan model. In September 2009, the band Shiny Toy Guns covered the song Burnin’ for You by Blue Öyster Cult for an advertising campaign for this car.

With a long bonnet and a short tail, the MKS presents itself in the style of a traditional sedan and is only available in this body version. The MKS is powered by a 3.7-liter V6 DOHC turbo direct injection engine that delivers 201 kW and 374 Nm. It is available with front or all-wheel drive in conjunction with a six-speed automatic. Lincoln plans to introduce a more powerful engine with around 250 kW (340 hp) in 2011. In the summer of 2009, the range of engines was expanded to include another 6-cylinder petrol engine. This is a 3.5-liter EcoBoost engine that delivers 261 kW (355 hp) but consumes around 20 percent less fuel. 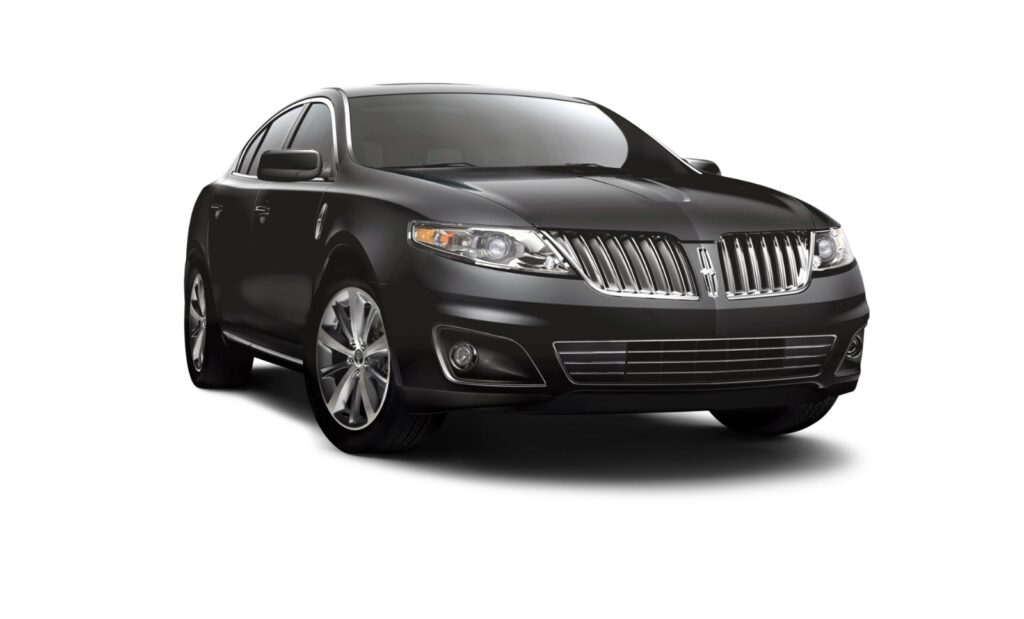