The Lincoln LS rear-wheel drive sedan began production in the US in 1999. This 4.9 meter long mid-size car according to the American classification was conceived as a competitor to BMW and Mercedes. It was supposed to be a car for younger buyers, unlike the rest of the traditionally conservative Lincolns. The Ford DEW98 platform, shared with the Jaguar S-Type sedan, was used to create the LS, with a focus on performance and handling rather than comfort.

Under the hood of the car is a three-liter V6 engine that develops 210 hp. (since 2002 – 220 forces), paired with a five-speed manual or automatic transmission. It is noteworthy that this was the first Lincoln with a manual transmission since 1951, but the ability to shift gears manually did not attract buyers – such versions were practically not in demand. The more powerful Lincoln LS V8 was equipped with a 3.9-liter engine (252 hp) and an automatic transmission.

In 2003, the car has undergone restyling. The appearance of the car was slightly updated, options with a manual transmission disappeared from the lineup, and the power units became a little more powerful: the six-cylinder engine now developed 232 hp, and the eight-cylinder engine – 280 forces.

In the first years after its appearance, the Lincoln LS was in good demand: already in 2000, more than 50 thousand cars were sold. But gradually the interest of buyers in the car faded away, in 2006 the sedan sold only 9 thousand copies, and in the same year the production of the model was completed. In total, 262.9 thousand Lincoln LS were made, of which only 2.3 thousand cars had a manual transmission.

Another interesting fact from the history of the model. Initially, it was planned to assign the indices LS6 and LS8, depending on the number of cylinders. But the threat of legal action from Toyota, which used the letters LS in combination with numbers for one of the models of the Lexus brand, forced the name to be changed to Lincoln LS V6 and LS V8. 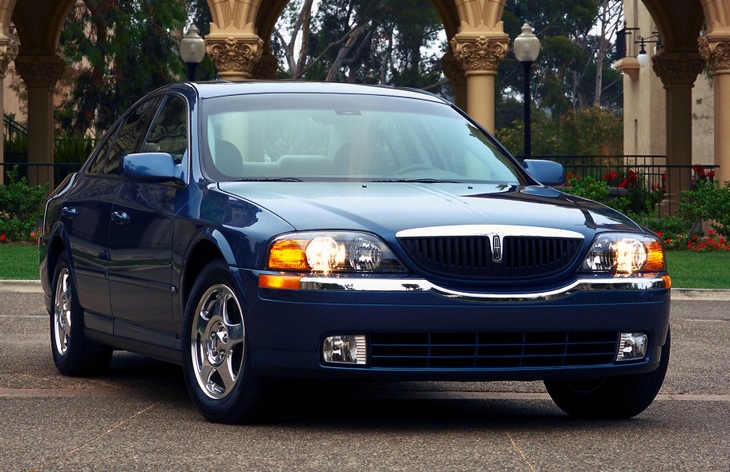