There are two generations of the Isuzu Trooper (Bighorn):

The world’s largest heavy truck manufacturer, the Japanese company Isuzu, built its first SUV called the Trooper in 1981. The compact and comfortable all-wheel drive car has become a direct competitor to the Mitsubishi Pajero. Even outwardly, they were similar. The Isuzu Trooper range originally included a three-door SUV and a two-door convertible with a soft top. The three-door versions, in turn, were made with both short (2300 mm) and long (2650 mm) base, which soon allowed to create a full-fledged five-door SUV from the extended version, which became the most popular model in the series. In 1985, with its debut in Geneva, this version of the Isuzu Trooper and launched an attack on the European market.

The second generation Isuzu Trooper was introduced in 1991 in Japan. Available in three- and five-door bodies. Its design has retained the continuity with the first model, but has become more modern in design and body comfort. The front axle clutches, like itself, are now activated by a button from the cabin and even at speeds (only up to 100 km / h). Running qualities have become even better. 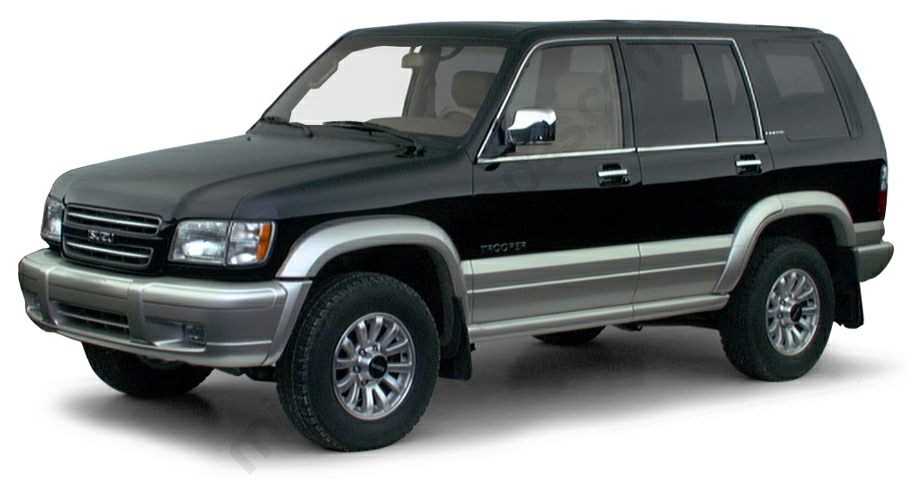