The Isuzu Gemini was a model produced by the Japanese automaker Isuzu from 1974 to 2000.

The first Gemini emerged from the cooperation with General Motors that had existed since 1971, which also shows its external similarity to the Opel Kadett and various other vehicles. However, the proven engines and chassis from the predecessor Isuzu Bellett were used in the Gemini; it also had an independent interior with different door locks, which means that badge engineering can only be spoken of to a limited extent here. The Gemini, which was still sold as the Bellett Gemini until 1975, was available as a four-door sedan and a two-door coupe. The Gemini was exported to Australia and New Zealand (Isuzu Gemini), Thailand (Opel Gemini) and the USA (Buick Opel), among others. Estate and van versions were also available in Australia and New Zealand.

The first model change took place in May 1985. The successor now had front-wheel drive and had an independent body designed by Giorgio Giugiaro, which was somewhat reminiscent of the Isuzu Piazza. This car, known as the FF Gemini, was also offered in Germany via an independent Isuzu sales network, initially only as a 1.5 liter diesel and 1.7 liter turbo diesel, from 1988 also as a GTI with 1.6 liter 135 hp (99 kW). petrol engine. In 1987 there was a slight revision with a modified front and revised interior.

From March 1990, the third generation was offered with a more aerodynamic and modern body. In the US, the name was changed from Isuzu I-Mark to Isuzu Stylus. In Europe, the model was only offered as right-hand drive in Great Britain and Ireland. A derived coupe version Isuzu Impulse was introduced as a successor to the Isuzu Piazza. 1.5 liter, 1.6 liter and 1.8 liter petrol engines as well as the 1.7 liter turbo diesel from the predecessor were used as engines. Since Isuzu decided to exit the car division, no successor was developed and the Gemini III was discontinued worldwide in the course of 1993 after 406,625 copies had been built.

The fifth generation was also a badge-engineered model of the Honda Integra SJ (EK3) based on the Honda Domani sedan and was produced without a successor until mid-2000. 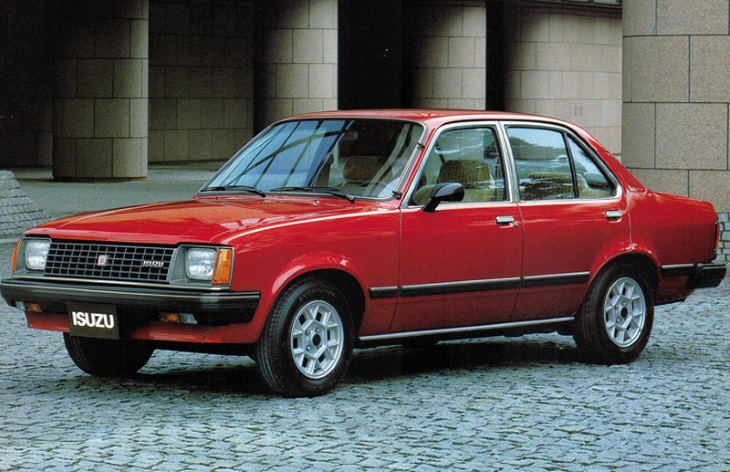