The Isuzu Amigo made its debut in the US market in 1989, in the Japanese market this model was called the Isuzu MU. It was a three-door frame SUV, offered only in a version with a removable soft top over the rear seats. Introduced in 1990, the five-door version of the car in the United States was called the Rodeo.

The Isuzu Amigo was equipped with four-cylinder petrol engines of 2.3 and 2.6 liters (96 and 120 hp, respectively) paired with a manual transmission; since 1992, a four-speed automatic transmission could be ordered as an option. The SUV had versions with rear and all-wheel drive. Sales of the first generation of the Isuzu Amigo continued until 1994.

In 1998, the production of the second generation of the Isuzu Amigo SUV started at the company’s American plant in Indiana. The car still had three doors, but now it had not only a version with a removable soft top, but a variant with a conventional fully enclosed body.

The base car was equipped with a 2.2-liter engine with 130 hp. with., an alternative to it was the V6 3.2 engine, developing 205 forces. Gearboxes – five-speed manual or four-speed automatic, drive – rear or all-wheel drive. In 2001, this model was renamed Isuzu Rodeo Sport. 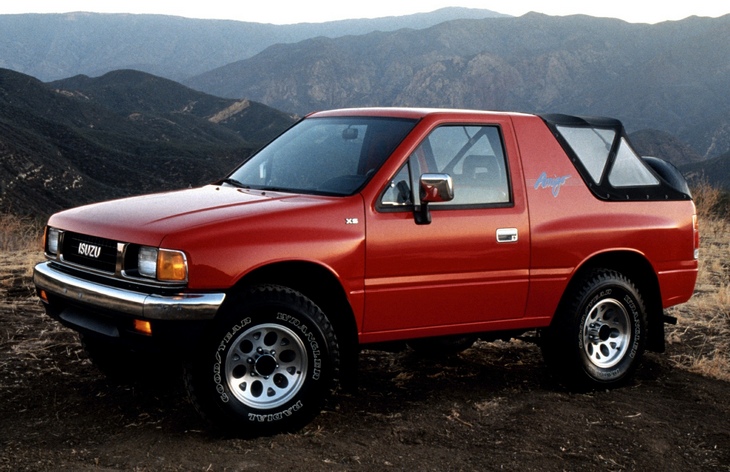