Toyota Aqua is a hybrid vehicle from Toyota.

Produced from December 2011 to the present. Was collected at the plant in the village of Kanegasaki until 2012. Since 2012 she has been going to the village of Okhira. Outside of Japan, it is known as the Toyota Prius C.

In 2019, it became known that the Toyota Aqua will cease to exist to make way for the Toyota Corolla Hybrid.

The five-door Toyota Aqua/ Toyota Prius C  hatchback is assembled in the back of the DAA-NHP10. The car is designed for 5 people including the driver. The power plant of the car consists of two engines; gasoline and electric.

The gasoline engine is paired with an electric synchronous AC motor. Engine model – 1LM. The electric motor is powered by a main battery consisting of 20 nickel-hydrogen small batteries with a capacity of 6.5 Ah each. The maximum power is 45 kW (61 horsepower). The maximum total power of the hybrid unit is 100 horsepower.

On November 26, 2013, the Toyota Aqua was released after the model was improved. In particular, Toyota announced that the petrol engine has undergone revision. Toyota specialists managed to reduce the friction of the main mechanisms of the internal combustion engine, and also improved the electric motor and inverter. After improvements, the fuel consumption of the car became equal to 37 km / l. Thus, this indicator again became the best in the world. 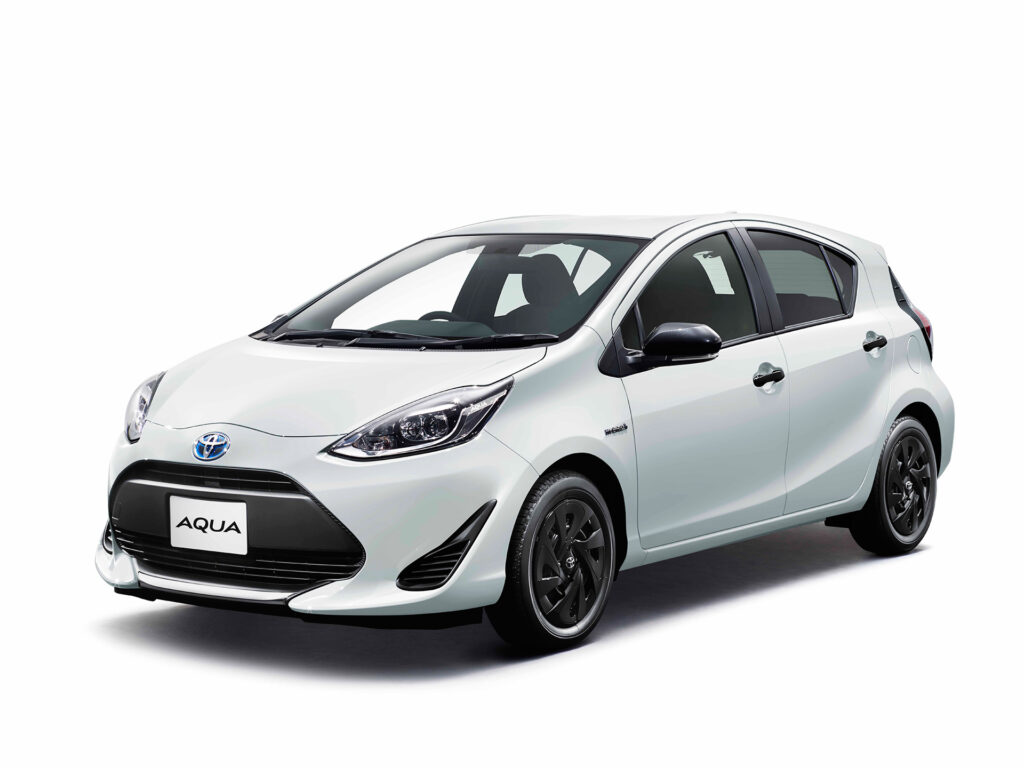