In order to always know how to properly maintain and repair the car, or how to act in a disputable situation related to the operation of the car, you must at least periodically refer to a competent source of information for masters and drivers, such as this Toyota Crown / Crown Majesta repair manual … These manuals deal with the use, maintenance, electrical equipment and repair of these machines, produced in the period from 1991 to 2017. These models were equipped with various power units, incl. gasoline engines 1G-FE (2.0 liters), 1JZ-GE (2.5 liters), 2JZ-GE (3.0 liters) and turbocharged diesel engines 2L-THE and 2L-TE (both 2.4 liters).

Toyota Crown is a car manufactured by Toyota, which has turned this model into a line of full-size luxury sedans. Originally sold in Japan in some other Asian countries, developed for use as a taxi. This has been the case in recent years of sales in the United States, where the car was sold from the late 1950s to 1971. The Crown is Toyota’s oldest sedan. In terms of social status, it does not compete only with Toyota Century, Toyota Celsior and Toyota Crown Majesta. Crown is used by many Japanese organizations as the company’s limousine. Exports to Europe began in 1964 with the first cars to arrive in Finland. Other European countries that saw imports of these machines were the Netherlands and Belgium. The United Kingdom was another market for such vehicles until the early 1980s. This model was also exported to Canada for several years – in 1965-1968. In many markets, the Crown became a very expensive car and was replaced by the Toyota Cressida when it began to be exported in the early 1980s.

Australia was also an important export market for the Toyota Crown, to the extent that it produced cars from the mid-1960s to the late 1980s using a variety of local components.

Most car models feature the Toyota Crown logo on the front, but the same Toyota logo is usually used on the back.

The word “crown” in various forms is present in the names of other Toyota models, as this name inspired the company to produce their first sedans. Corolla means “little crown” in Latin, Camry is a phonetic transcription of the Japanese word “kanmuri”, which means crown, and Corona also means “crown” in Latin. 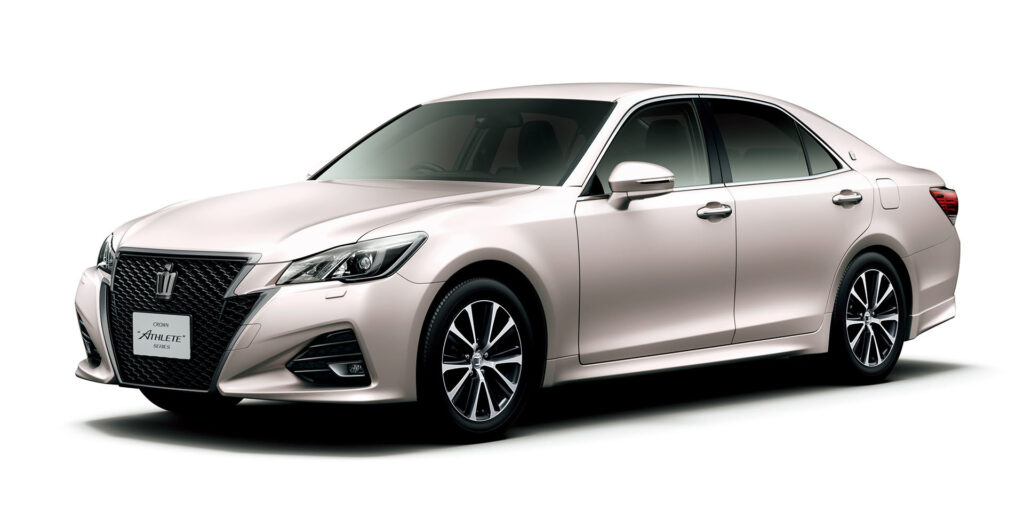